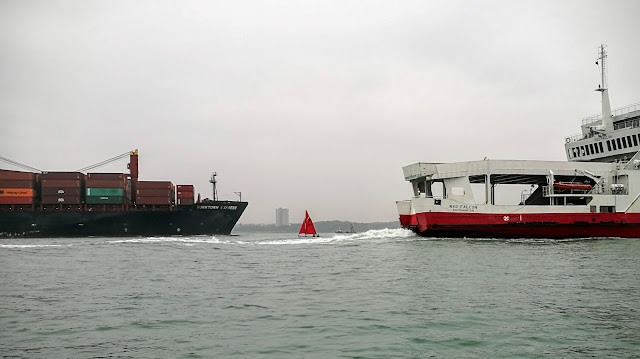 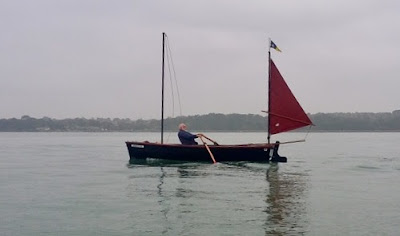 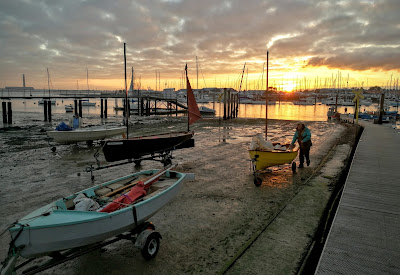 The absentee was Tom, the guy who took that picture of me. His motor would not start, then he broke a rowlock. He eventually managed to lash the oar on and got back after dark. Bad luck, Tom!
When I got home I lay on the sofa drinking wine and watching TV. Exhausted.
Posted by Chris Partridge at 13:33 4 comments: 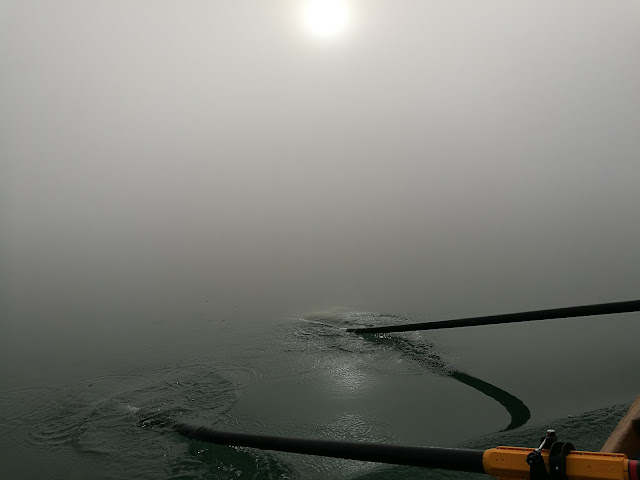 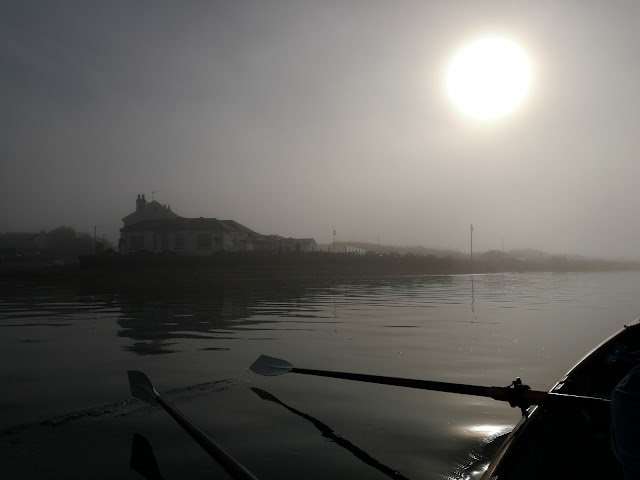 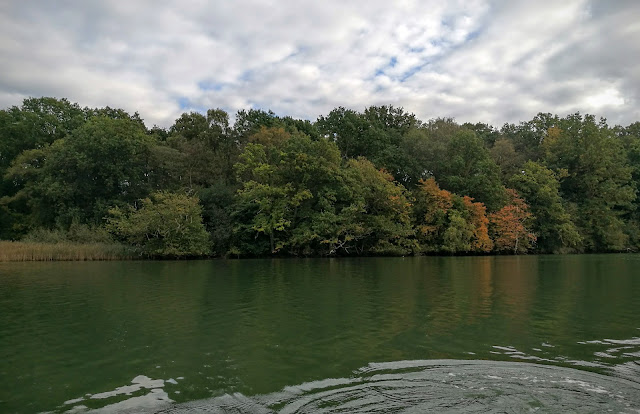 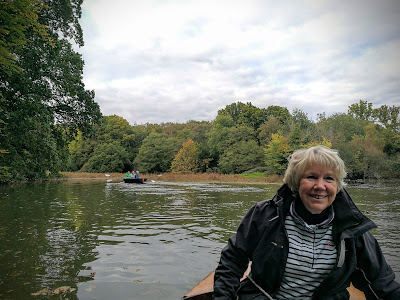 Posted by Chris Partridge at 21:20 No comments: 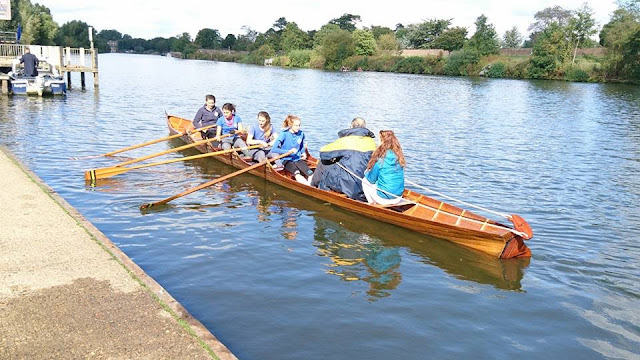 Posted by Chris Partridge at 20:14 No comments: 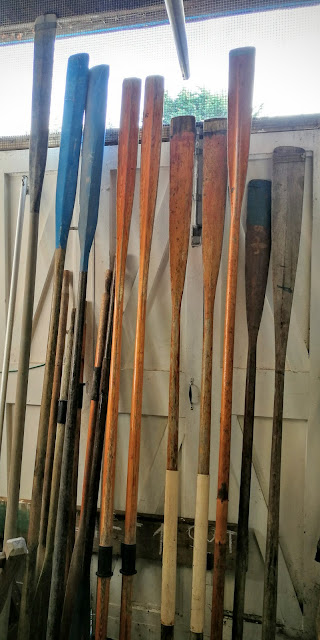 Southbourne Sea Scouts are having a clear-out of their wonderfully-located scout hut right on Chichester Harbour in picturesque Prinsted. It is a treasure trove of boating stuff, including these oars which they want to dispose of.
They range in length from about 6ft to about 9ft (measured by a scientific process of knowing the doors are 8ft 6in high). With one exception, they are straight sea oars with plastic sleeves.
The shorter oars do not seem to be in pairs unfortunately but that depends on how picky you are. The spoon blade is a really attractive antique shape and would make a great ornament for a pub.
The Sea Scouts are open to any offers in aid of club funds. Email me, and I will put you in contact.
Even if you don't want any oars, Prinsted is a really pretty place to launch a boat (access two hours either side of high water) and on Sundays from April to October you can get tea and cakes at the Sea Scout's hut.
Posted by Chris Partridge at 15:51 1 comment: 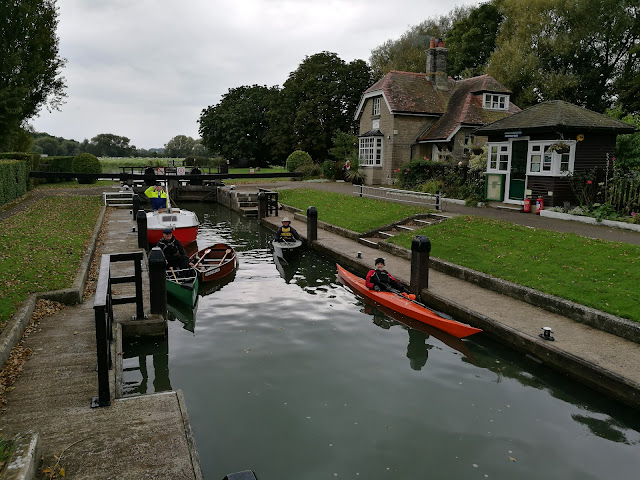 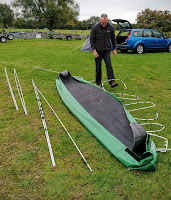 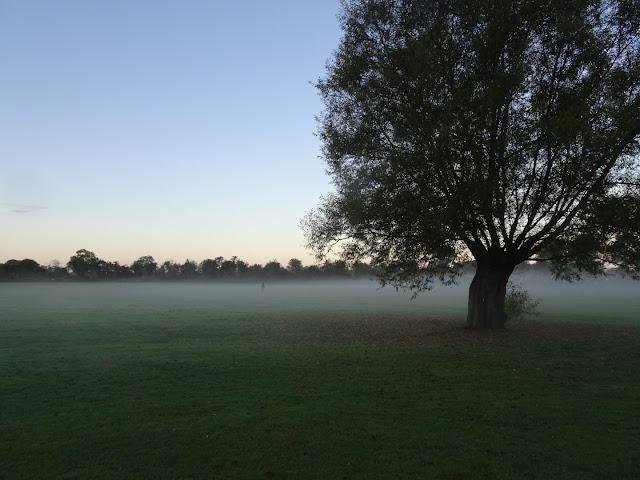 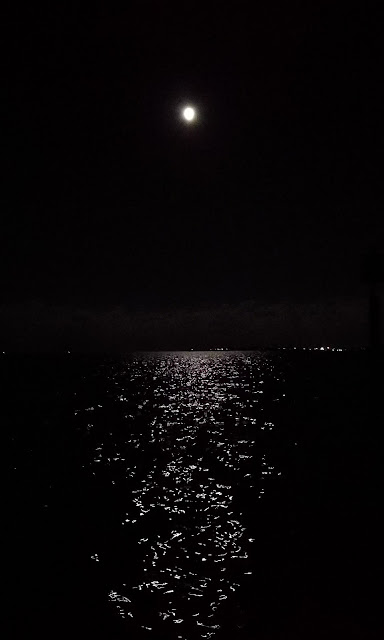 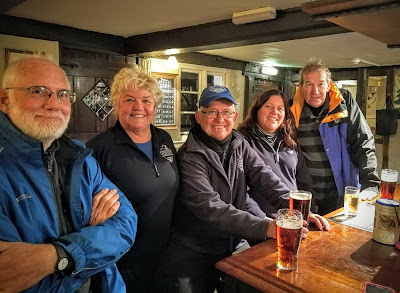