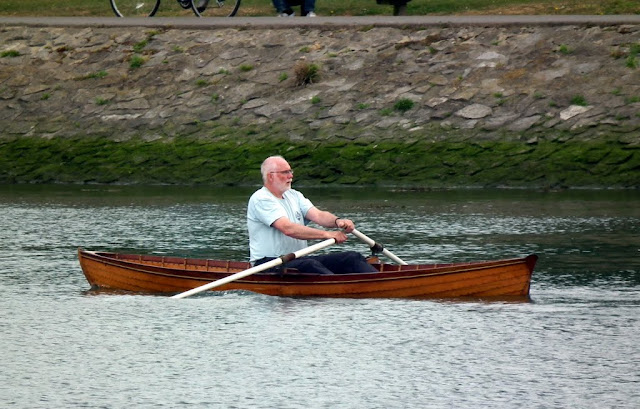 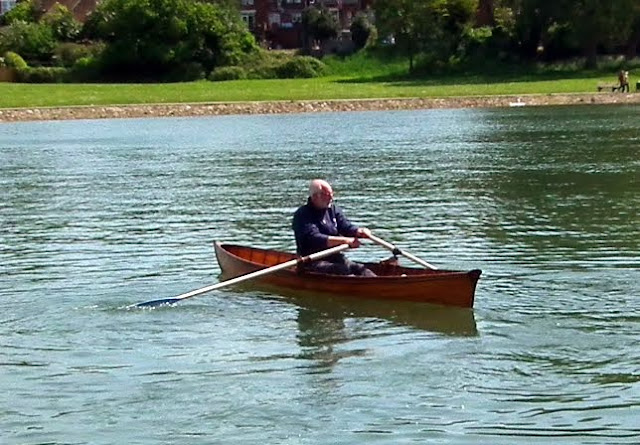 Posted by Chris Partridge at 09:48

The Merlin photos look uncannily similar to the Chippendale Sprite and since I saw Snarleyow on your masthead I have been fairly smitten. On first learning that its hull is just 4mm ply I did not believe this could be strong enough for a 15' boat. I understand the curved tension in the panels plus the gunwales and glue do make it rigid enough though. What I am left wondering is whether the wood is normally 3-ply or 5-ply to achieve the strength required for rowing upwind in a chop? And what would you say is the maximumish crew weight on a rower like the Sprite? Thanks.

Hi Jim,
My Sprite is very good upwind in a chop. The wide gunwale helps deflect water away from the boat and the very light weight means it bobs over the waves rather than through them, so she is generally a very dry boat. I can't remember if it is 3 or 5 ply - ask Seabird Boats for that info. I also don't know what the maximum crew weight is but I have never felt overloaded though I did raise the outriggers to help bring the handles up to clear my knees better.

Nice one Chris, thanks for keeping us updated.