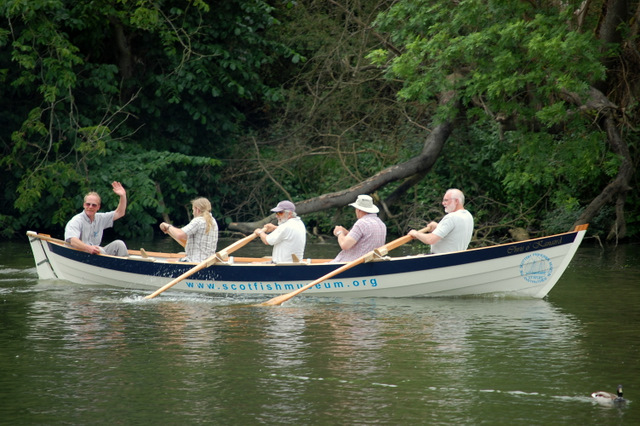 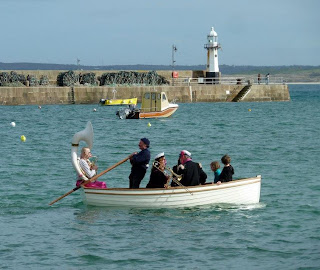 In the 'Spirit of Tradition under 40ft' category, the St Ayles Skiff is nominated. This boat is not only beautiful, seaworthy and fabulous to row, she is also a phenomenon. Scottish Coastal Rowing has ignited community rowing in Scotland and has already spread round the world. So vote for it now!
The 'Traditional New Build' category includes the St Ives Sculler (sic - actually punt), a traditionally-built recreation of a type of boat that had died out in the wild. Two are now on the water, which with the new St Ives Jumbo fishing craft are the source of much local pride, and have also been the focus of highly successful regatta events, so vote for her too!
The awards voting page is here.
Posted by Chris Partridge at 15:14

I tried my best but was seduced by the dark side