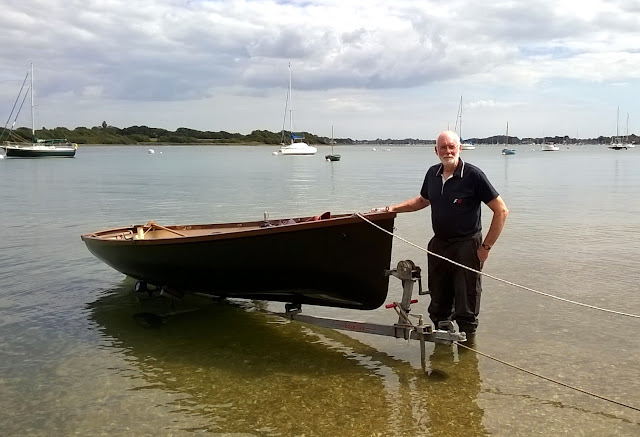 Snarleyow's launch was recorded by Graham Neil on his trusty smartphone and he has sent over the pictures.
The new name was applied: 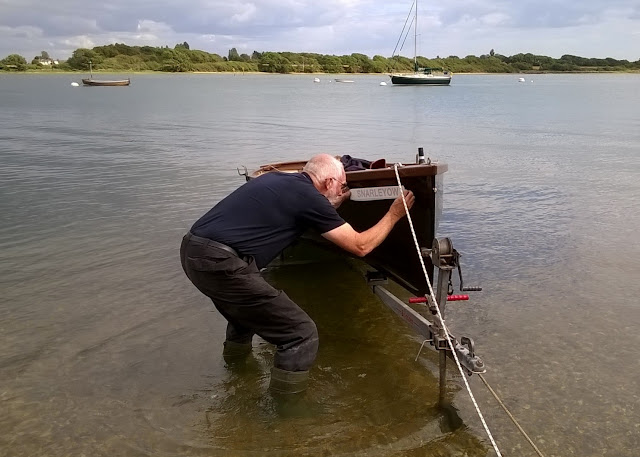 A suitable quantity of prosecco was applied to the bow and the rest drunk by the congregation. Then the floor show, provided by three big blokes who decided they didn't want to make three trips to their boat when they could all cram into the tender as long as they held their breath: 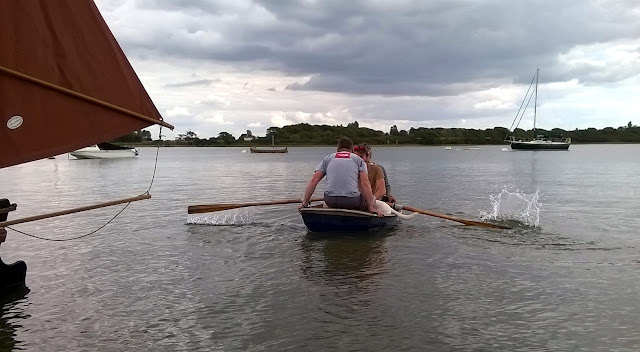 Then it was up sail and away, moving away from the shore and out of harm's way under oars as God intended: 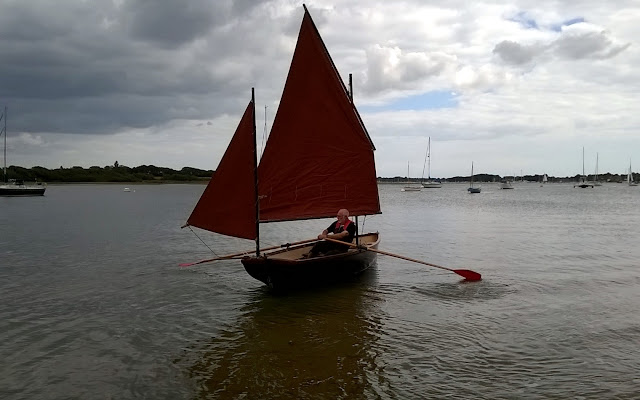 There was then a lot of faffing about and near misses with moored yachts as I struggled to get her under control and under way, which Graham was kind enough not to record, bless him.
A great first day.
Posted by Chris Partridge at 18:17

A quiet row and then a sail - bliss!

Hope you greased those trailer bearings when you got home!!

A squirt with the hose sufficed. That trailer is doomed anyway - I am going to get a combi. Hauling the boat out on my own is a bit of a heave.