Paul Fisher has drawn a pulling boat, designed to get youth on the water which can only be good.
The 26ft whaler is based on the classic Royal Navy Montagu whalers, double ended with big round curves for seaworthiness.
The main differences are that it is a bit shorter and made of plywood using stitch'n'glue rather than clinker. It can also be built in two halves to make storage easier - I think you could fit it into most garages by stacking one half on the other.
Construction is about to start on the first boat, Paul tells me, which will be used for outward bound activities in Scotland.
If you fancy the idea of the real thing, Dick Wynne is reluctantly selling his Montagu Whaler Vancouver, based in London. Details here. 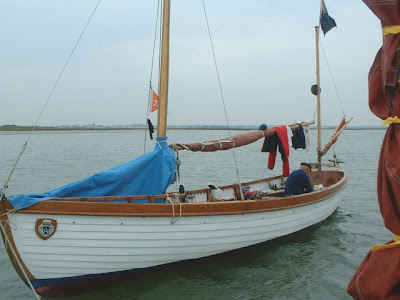 Posted by Chris Partridge at 09:15