Traditional Rowing at the Carrow Cup 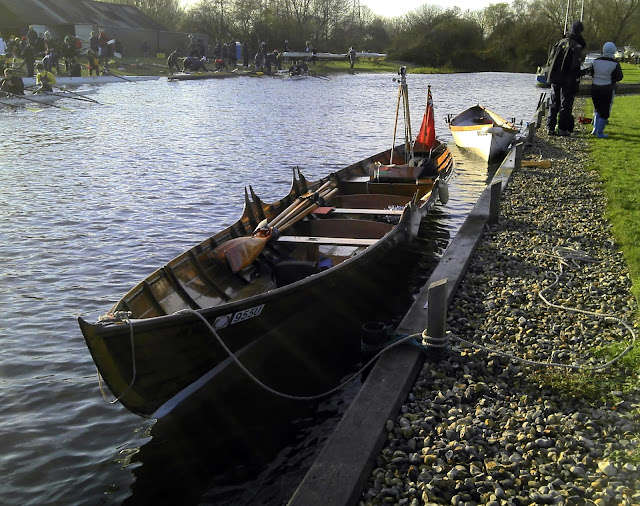 There were some lovely traditional boats at the Carrow Cup Festival. Above is Adrian Hodge's lovingly restored Thames double skiff JoJo, complete with video camera on tripod. I'm looking forward to the film!
A couple of Victorian sliding seat doubles with outriggers made an appearance (right), looking very elegant with their slender planks and little transoms.
Roland Harris bought Raineach, a Shetland faering designed by Iain Oughtred and built in real tree-wood by Adrian Morgan in Ullapool. Apparently the larch of the planks took up faster than the oak of the frame which caused some problems in the first few years, but she has now stabilised. That's real wood for you, I suppose.
Finally, the ferry from the Norwich Rowing Club to the Carrow Yacht Club where we launched was a totally non-traditional plastic dory. Adrian rowed us back after the prizegiving as the sun went down on a truly great day. 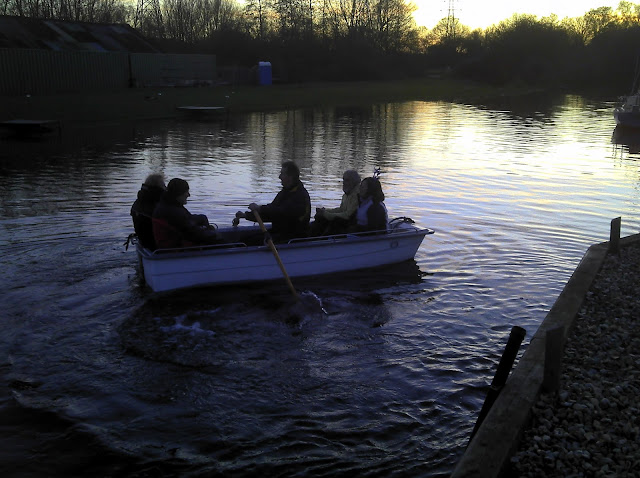 Posted by Chris Partridge at 19:19

I think the video will be good after radical editing.