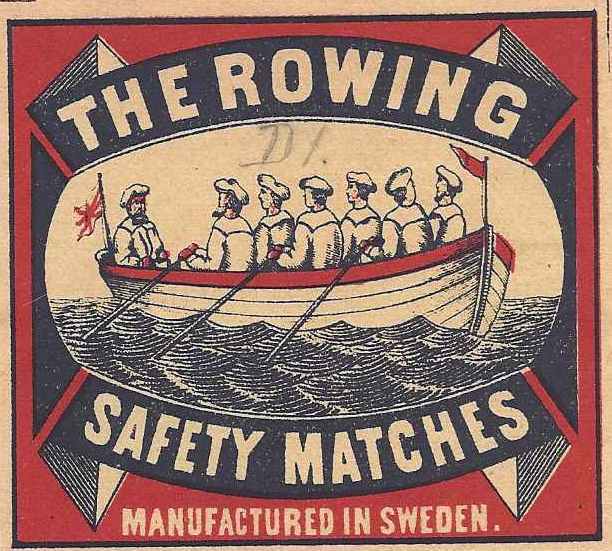 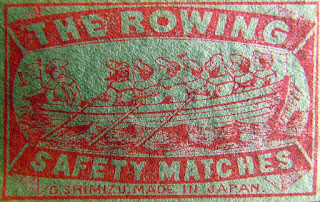 The onset of Winter last Sunday means wind and rain today so no rowing. Instead I spent an enjoyable time researching the Bryant and May factory in East London for another blog I write, Ornamental Passions.
In the course of research (isn't Google fantastic for people who want to look intelligent but can't be arsed with libraries?) I came across these early 20th century matchboxes. 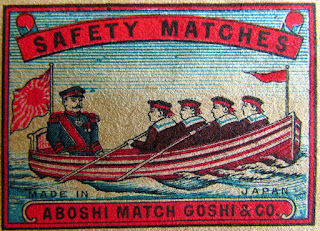 The Swedish matches above are clearly destined for the British market, showing a naval cutter rowed by sturdy tars and flying the Union Jack (although a real naval cutter would presumably fly the White Ensign at the stern).
The Japanese match industry clearly wanted to get in on the act, but their cutter is in the Imperial Japanese Navy and flies the Flag of the Rising Sun.
The designer of the earlier one (above) has added a bowman, but the bloke who drew the later design has cut the crew from six to four and removed the facial hair from the seamen. The coxswain seems to have been promoted as well - with all that gold lace he must be an admiral at least.
Also, my standing search on eBay came up with a very jolly seaside postcard from America illustrating that you should beware of wishing for things in case they come true. 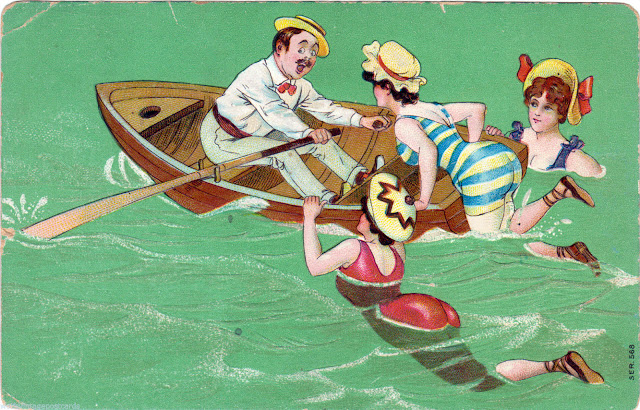 Posted by Chris Partridge at 19:13