Why I skived off work today (again) 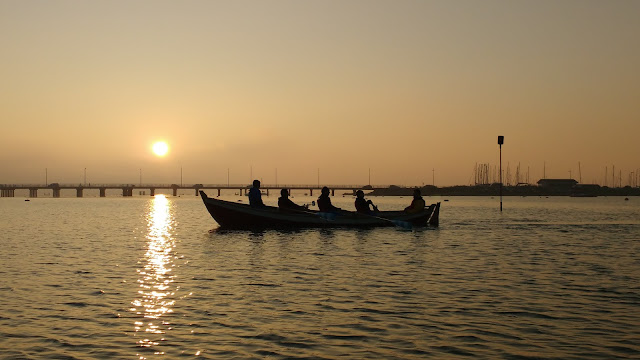 There were a surprising number of boats on the water, given it was a Monday. Several yachts were clearly out on the basis that another opportunity will almost certainly not present itself to them until well into next year. The trainers of Releasing Potential were out training in the St Ayles skiffs, so they can teach young n'ere-do-wells how to row.
Shortly after this picture was taken, the fog rolled in and gloom descended.

Posted by Chris Partridge at 22:32

Perfect... must seem a little empty over there now.. :o)

People are complaining that now the boats have gone it is much more difficult to miss the buoys!

Do you really still have a job to skive off? I got the impression you just played about with boats all the time. I'm not sure I envy you as much as I used to, now.

I'm self unemployed, Patrick, so my boss is very understanding.