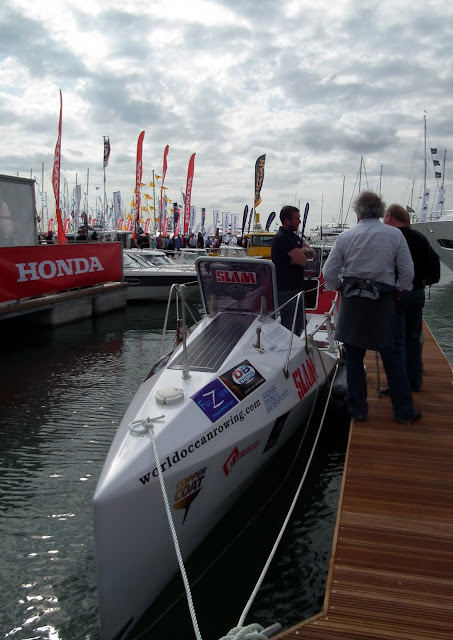 To Soton for the Boat Show. Hidden away in the fleet of white plastic stuff was this three-seat ocean rowing boat, manned by Matt Craughwell, an affable loony.
Actually, he is very pleasant and articulate and clearly pretty damned fit, not mad at all. Until he tells you that next year he and five other bedlamites are going to row from Australia to Africa 'because nobody has done it before' you don't realise how deeply bonkers he is.
He does know he is insane, but justifies it on the grounds that 'sometimes I wake up for the early shift and row through a sunrise, and then I know why I do it."
Which seems reasonable.
Details of Matt and his Indian Ocean expedition are here.