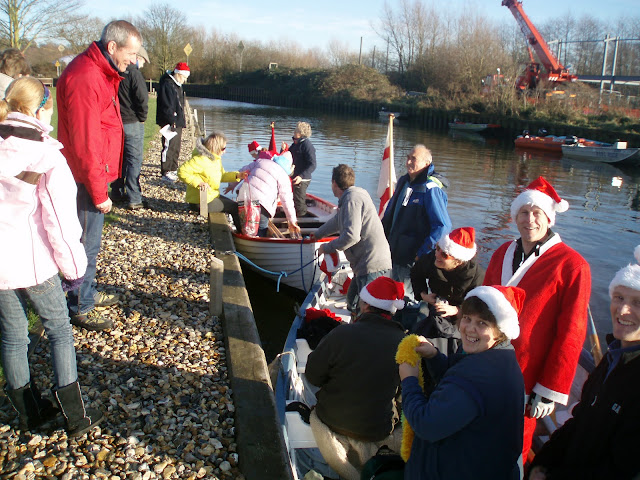 The Carrow Cup has been fought for most Decembers since 1822 on the River Wensum in Norwich. Originally the boats were traditional wherries with fixed seats, but as sliding seats and outriggers came in the racers adopted them. Nowadays, the main race is for fine boats but last year Norwich Rowing Club added a second race for traditional boats, organised by the Norfolk Skiff Club - judging by the pictures, they had a jolly festive time.
Just a few boats took part, but this year the turnout looks set to be very much larger with at least 17 boats planning to enter, including Langstone Cutters with our Solent galley Bembridge and possibly a Clayton skiff as well. All the members of the old codgers crew that triumphed in the Great River Race have signed up, so we should be in with a chance of some sort of win.
Posted by Chris Partridge at 10:14