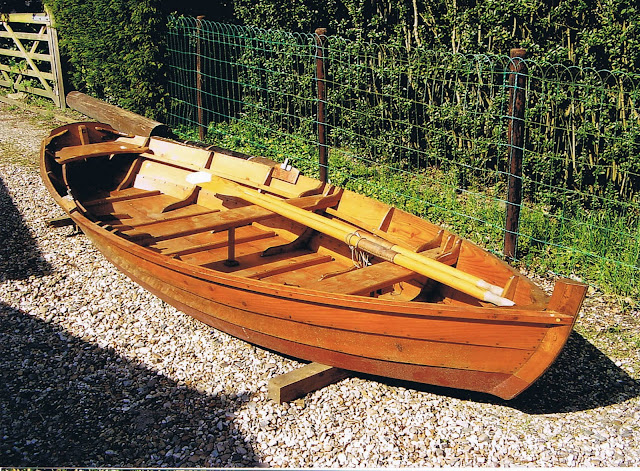 The Fleet Trow is one of the most specialised of traditional boats, having been developed for use on the Fleet, a lagoon in the lee of the Chesil Bank, one of the largest shingle banks in Europe. The trows are flat-bottomed and with hardly any rocker, designed to be rowed around the shallow waters of the lagoon, especially to transport mackerel landed on the beach by seine-netters to railheads inland.
Traditional wooden Fleet Trows are still being made by Clark's Boatworks in Portland, and Daan Eysker owns a rather nice example. He writes:


"I have an 12ft 9 inch Fleet Trow made by Clark's Boatworks in Dorset. It is in a very good state, varnished inside and out.
It’s free , so if you know some one who wants it , let me know!
I live in the Netherlands though.
Greetings,
Daan Eysker"

If you are interested in Daan's Trow, drop me a line and I will pass the message on. 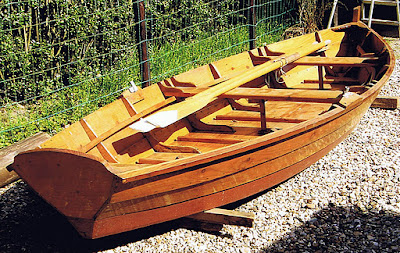 Posted by Chris Partridge at 22:03

Heyyy... I didn't know they were still made. It's great to hear.