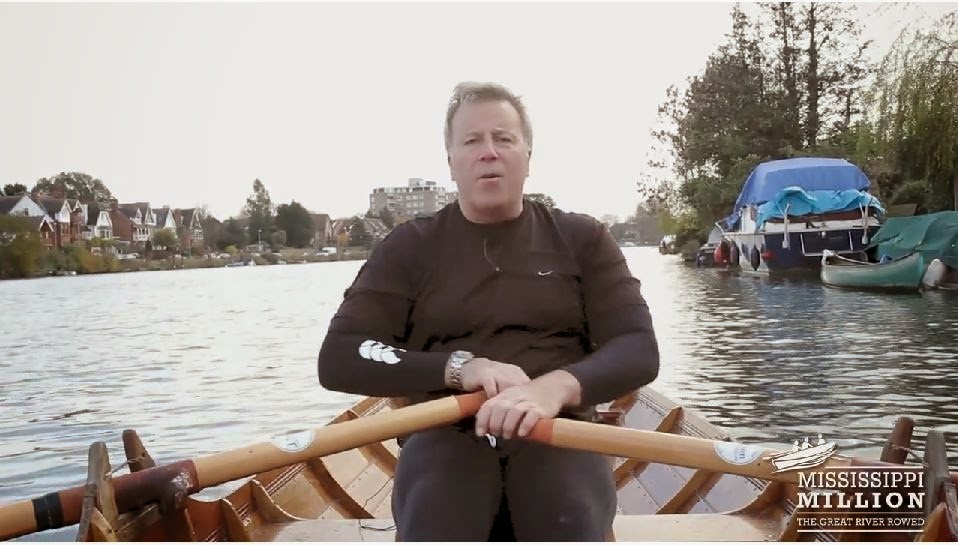 There is a simply wonderful video here in which Olympic silver medalist John Pritchard demonstrates how to scull with style. Lead with the left, tuck your right hand in underneath, click the handles over with your fingers to feather, repeat. Lovely.
So hypnotic that I really wasn't listening to his message, so I had to replay it to find out that later this year he is going to row a boat just like that ALL THE WAY down the Mississippi River. 2,500 miles in 25/30 mile legs. It will take him three months or more.
Two new skiffs are being built at Stanley and Thomas in Windsor, where the oars are also being made by their subsidiary J. Sutton.
Pritchard was in the eight that won silver in the 1980 Olympics in Moscow, and gained a silver at the World Rowing Championships in Munich the following year.

He rowed for Cambridge in three boat races including 1984 when the boat famously hit a barge and sank, and 1986 when Cambridge finally stopped Oxford's seemingly unstoppable run and prevented them from taking the trophy outright with a tenth win in a row.
The aim of the Mississippi row is to raise $1 million for the charity Right to Play, which helps children in deprived and war-ravaged areas of the world thrive through sport. It is a thoroughly good cause and you can sponsor it here.
Posted by Chris Partridge at 19:14