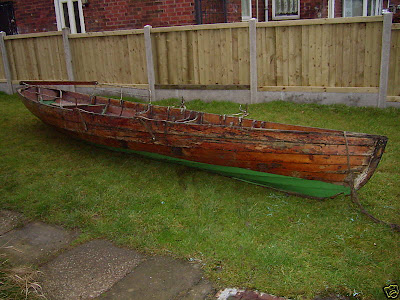 The 18ft skiff on eBay that featured in a recent post is now revealed as a Windermere char boat, used for generations of fishermen to search for the prized Arctic char found in its depths. Arctic char are normally found much further north, as its name suggests, but a population was apparently stranded in Windermere when the ice retreated and have flourished there ever since.
Note the characteristic side benches and back rests at the stern, where fishermen could recline as they were rowed out.
David Winspear has restored one of these attractive boats, which you can see here. 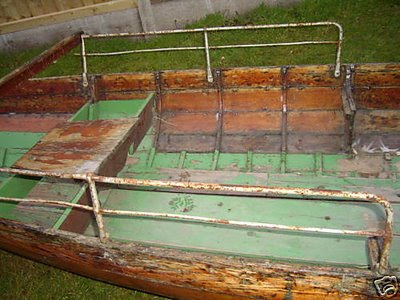 Posted by Chris Partridge at 15:57

I bought this boat last year and have almost finished restoring it....I will post some pictures when it is complete.