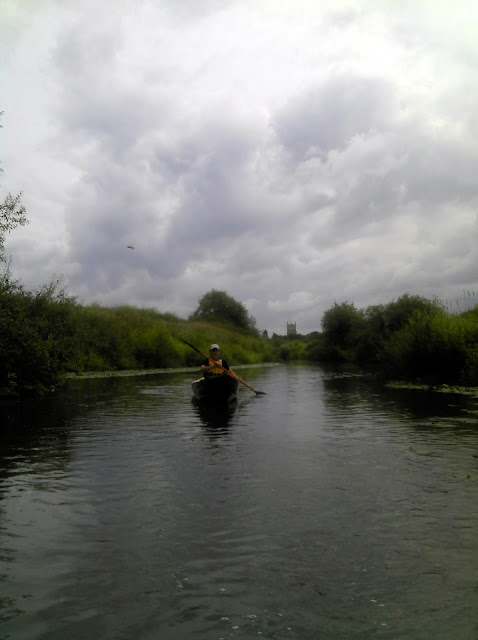 I've been rowing on the Rivers Severn and Avon with the Home Built Boat Rally people, and had a fabulous time, since you ask. The weather was overcast for much of Saturday but the evening barbie was a great gathering. Sunday brought blue skies.
The limitations of mobile data were brutally brought to the fore by the off-and-on coverage by my network at Lower Lode, a place that is only a mile away from Tewkesbury but seems to be off most mobile coverage. This was the only pic that made it, and it was cruelly low quality and failed to oreintate correctly. So here it is again.
Graham Neil brought is new canoe Katie Beardie for a trial run, not an official launch because the decks aren't on yet and a lot more remains to finish.
Watched by designer Chris Waite, Katie floated exactly to her marks, seemed speedy and turned quickly but not too quickly. She looked fabulous too, with Chris's trademark curved stem.
The pictures show Graham up the Mill Avon, which is the old stream of the river before the mill was put up and the main stream of the Avon diverted down a cut to the Severn. The tower of Tewkesbury Abbey is in the background - we could hear the bells on Sunday. 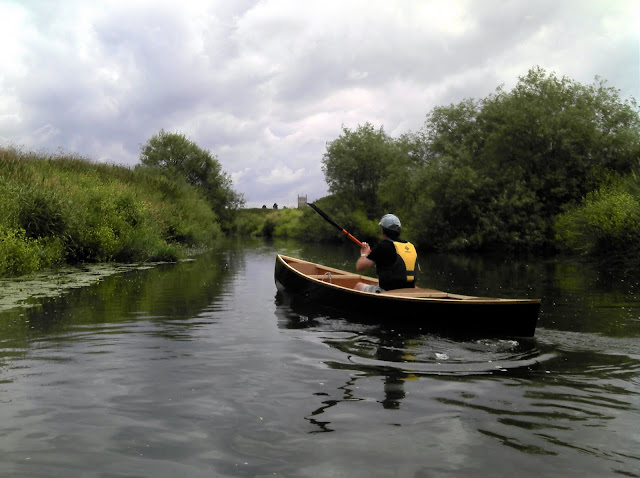 Posted by Chris Partridge at 14:43