More from Life in the Slow Lane 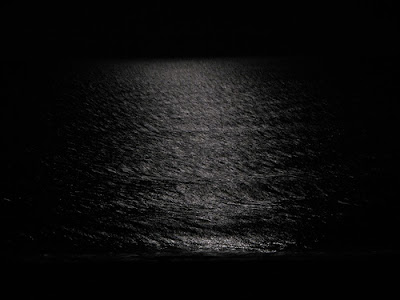 Newly-qualified as a naval architect just before WWII, Arthur Martin spent the summer at his family's holiday home on the island of Appledore on the coast of Maine. Of an evening he would row across to the next island, Star, and go to dances at the Oceanic Hotel:

"The only activity other than dancing was known as rocking. To participate, a young man would go to a wood building known as 'the shack' to the south of the hotel and whistle. By prearrangement, one of the waitresses, who all lived there, would appear at the head of the outside stairs, carrying a blanket. It was very romantic on a high rocky ledge, looking at the shimmering path of the moonlight on the dark water below.
Despite the pleasures of the evening, I always enjoyed the row back to Appledore in the peapod, all by myself. I am constantly surprised to hear of a rowing enthusiast who has never rowed at night. There is nothing in this world quite like it. The boat seems to go much faster, with less effort. The phosphorescence is like a string of pearls, far more brilliant than anything one could buy, suspended from each side of a well-designed bow. The oar blades make swirls of fire, and a chain of platinum streams from the sharp stern. It is very peaceful and quiet, and I often pity all those who choose instead a noisy, smoky nightclub."

I have never rowed by night. Will soon.
Photo from Kate and Jeroen's photostream on Flickr
Posted by Chris Partridge at 20:27