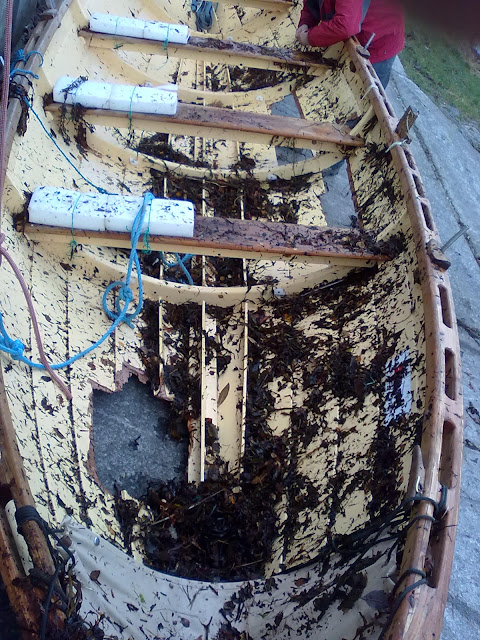 The storm that hit Scotland earlier this week took a terrible toll on the new coastal rowing boats. The exceptionally high tide dragged the Ullapool boat onto the rocks - the painful results are clear to see.
The prototype, Chris O'Kanaird, was blown off her trailer and holed, and the North Berwick boat was damaged as well.
Chris Perkins at Ullapool is remarkably sanguine about the position, describing it as "a chance to explore clinker ply repair techniques." Well said that man, and here's hoping all three boats are back on the water in full racing fettle by the spring.
Continuing the positive tone, another St Ayles Skiff will be launched on Sunday, at Newhaven, near Leith. She will be named by local man George Hackland who was present the last time a new boat was launched there, in 1928! 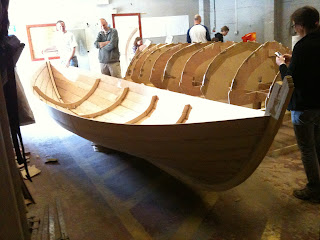 Posted by Chris Partridge at 08:31