A Sprite hits the River Dart 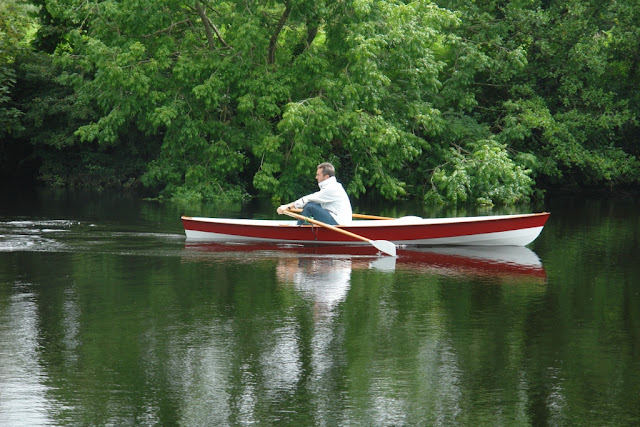 Back in February, Alan Harper emailed from Totnes on the lovely River Dart in Devon about a Chippendale Sprite he had seen on eBay. He is 6ft tall and was concerned it might be a bit small. I wrote confidently saying the design is superbly stable and quite able to support me at 6ft 5in. 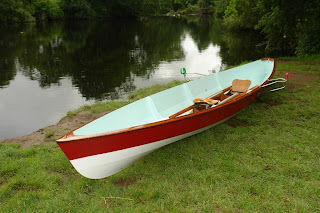 Then the HBBR Thames raid got closer and I started to fear that perhaps the Sprite was a little on the titchy side for me plus a tent, sleeping bag and clothes+food for a week. Eventually I had to just travel as light as possible and hope for the best.
I needn't have worried. Snarleyow could have carried twice the load perfectly safely. Damn. Life would have been much more comfortable with a gas cooker - I packed a solid fuel stove and the pellets disolved away in the first day's rain despite being in a sealed plastic pack.
Anyway, while I was away Alan emailed with pictures of his restored and repainted Sprite, and what a smashing job he has made of her. More evidence that Andrew Wolstenholme and Jack Chippendale created a classic design - simple, practical, fast and lovely.
Posted by Chris Partridge at 21:43