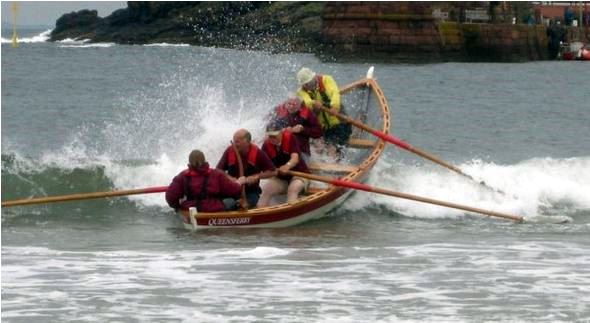 South Queensferry's St Ayles Skiff went out in brisk conditions the other day, with a crew whose total age amounted to 270 years, not counting the cox who was a stripling half the age of the rowers.
Can anyone beat that, asks Robbie Wightman of the Scottish Coastal Rowing Association. 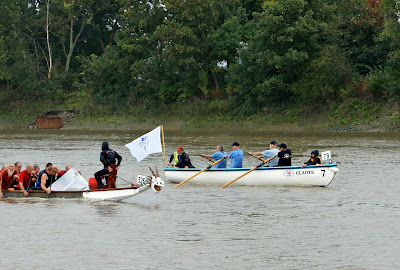 Well, down here at Langstone Cutters the crew of Gladys, winners of the Veterans Over 60 and Fastest Clayton Skiff at the Great River Race, had a total age of about 268 (give or take a year). But if you include the ancient and venerable cox, it took us up to at least 312.
Apparently, today a South Queensferry crew with a total age of 307 went out. It's rowing that keeps us active, doctor.
Alec Jordan, maker of the kits for the St Ayles Skiff, rang to tell me that he has just had his 60th order. It has been successful beyond his wildest dreams and St Ayles Skiffs are now being built in the US, Holland, France and all over. A great success and one that bodes well for the health of recreational rowing as a sport.
Posted by Chris Partridge at 21:28