Round the Isle of Wight 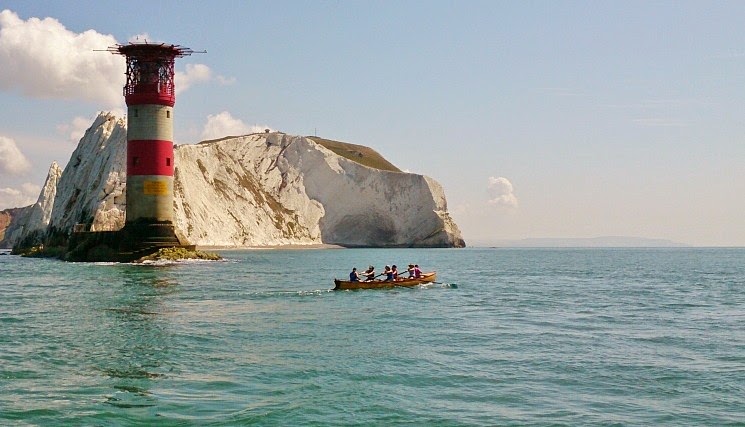 A crew of ladies from Langstone Cutters and Southsea Rowing Club took Solent galley Bembridge round the Isle of Wight to establish a new women's record of 9hr 46min. Appropriately, they started and finished at Bembridge, which allows them to maximise the push from the tides if they get their timing right.
Apparently they were doing well from Bembridge to the Needles (those huge blocks of chalk behind the lighthouse) but the next stretch to St Catherine's Point (the headland vaguely visible in the background) was a long slow slog. Mike had to give them a little pep talk from the rib apparently, which worked a treat because they went like a train up the 'back of the Wight'.
Well done girls!
Posted by Chris Partridge at 19:41 2 comments:

Mississippi Million gets under way

John Pritchard has started his frankly potty mission to row the entire 2,320 mile length of the Mississippi River to raise a million bucks for his charity, Right to Play.
Unfortunately, he has had to use a canoe for the first 125 miles from Lake Itasca, Minnesota, because, as you can see, at this point the stream is not exactly the Old Man River of legend and song. He and his crew found the rapids and shallows challenging, as he relates in his blog. More pictures on Facebook.
Best of luck John!
Posted by Chris Partridge at 20:57 No comments: