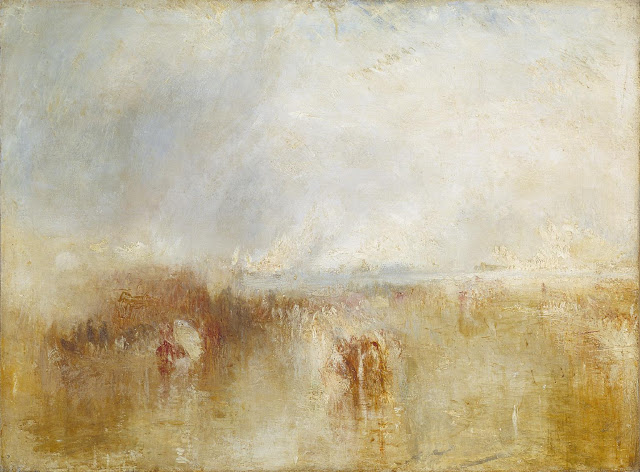 I spent a jolly time on Tuesday rowing Tim the Telly Art Historian round Portsmouth Harbour as he explained to the camera that this painting by Turner is not, as assumed for over a hundred years, a view of Venice but in fact of Gosport.
It was recently discovered that it represents the arrival of Louis Philippe, King of France, at the Royal Clarence Yard in 1844.
Apparently the light was regarded as too brilliant for dreary old Pompey, and the truth only came out by examining the artist's diaries and sketches. There is, admittedly, very little detail to go on in the picture.
By coincidence I had visited the National Gallery the week before and had a look at the huge Turner depicting Dido building Carthage, and the accompanying work by Claude entitled Seaport with the embarkation of the Queen of Sheba.

Both pictures feature rowing boats, curiously.  I took a couple of close-up shots with my new Moto G 3rd Gen phone.
Claude's boat is very detailed, being rowed across the water briskly by its crew of seven. Yes, seven. There are four rowers on one side and three on the other. There is no cox and it looks very likely they will hit the boat on the right. And their oars are ridiculously short.

Turner shows a royal barge with a cabin and a gilded lion on the bow. It seems to be four oared, the oars being the correct length and shown in the easy position. The boat has poise and elegance. Turner has clearly seen rowing boats, while Claude evidently didn't have a clue.
Posted by Chris Partridge at 20:00 4 comments: 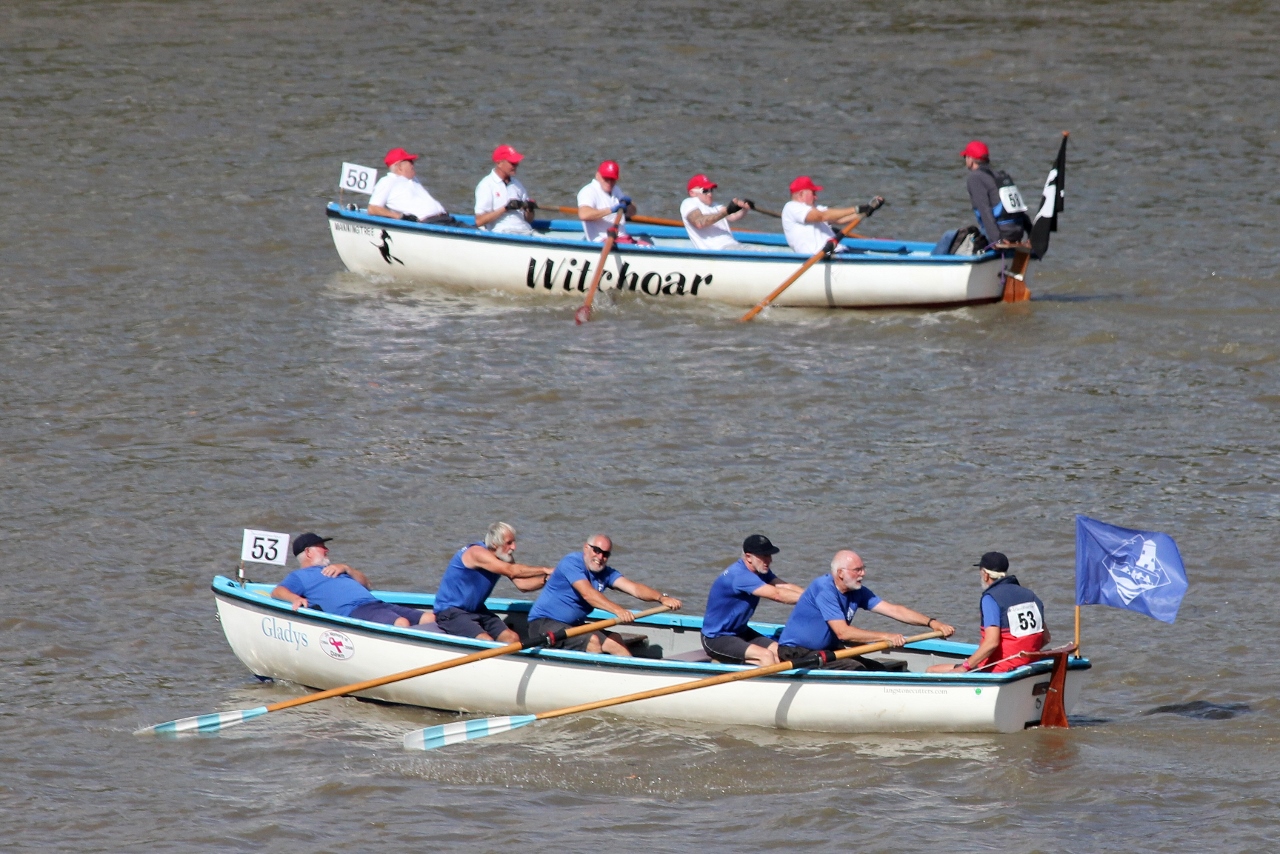 Cap'n JP captured a precious moment from the Great River Race, the time we finally powered past Witchoar.
At the finish we were rather despondent however. Solent galley Bembridge had finally achieved their only GRR objective and overtook us just before the finish line, and we failed to catch the only other Glaydon skiff ahead of us, crewed by a nice bunch of 30 year olds (estimate) from Gravesend.
But our main concern was that we had not seen the other boat crewed by a supervet crew, so it looked as though our decade long domination of the old farts category had come to an end.
We even missed the award ceremony, so only Chris Bream (rowing bow in the picture) heard the call and picked up the V60 trophy, ours for the 11th time. We really must give it a polish this year.
For me, however, the greatest success of the day was the Under 16 crew in the Salter skiff 15 Seconds. Annika, Claudia and Molly were coxed by Annika's mum Katy to a stunning victory - they came 3rd in the Under 18s! Really well done to them. 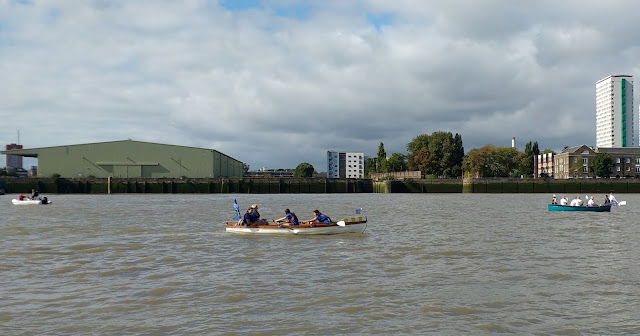 Here they are at the start.
Posted by Chris Partridge at 09:52 1 comment: 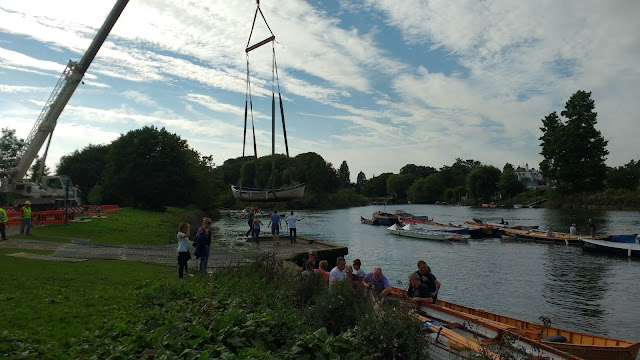 It's the Great River Race tomorrow and I am watching boats being launched at the finish point in preparation for towing to the start. I took Gladys the hard way, towing her to the start at Millwall and then bringing the trailer through central London. Every year I swear it is the last.
Anyway, of you are in town tomorrow get to the bank or a bridge and cheer the Codger Crew on!
Posted by Chris Partridge at 16:54 2 comments: