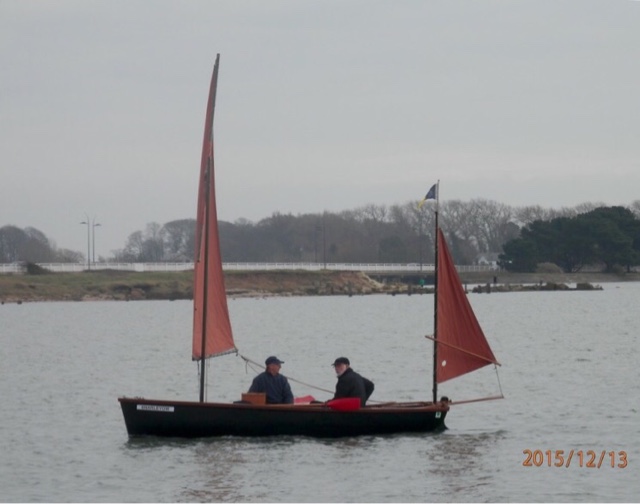 Work and sloth are a time-consuming combination. And the windy weather has not helped. But last Sunday I managed to get out sailing with the Dinghy Cruising Association and John Hall came along too.
For the first time in weeks everyone was complaining about the lack of wind.
Here we are ghosting into the mouth of the mill stream at Langstone to meet the guys. A lovely day on the water.
Alan Moulton took the picture.
Posted by Chris Partridge at 21:32 3 comments:

This must be a pig to steer... 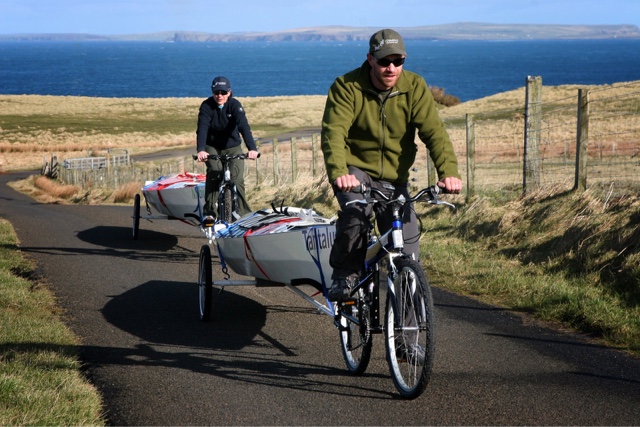 It looks depressingly as though our glorious leader is about to make Britain an even more urgent target for terrorists with his insane plan to bomb Syria. If you are thinking of doing your Christmas shopping in London, wear a flak jacket is my advice.
The really distressing thing is the impact the bombs have on ordinary Syrians. A while back I blogged about Colin and Julie Angus and their amazing row from Scotland (Angus's ancestral land) to Syria (Julie's). Julie's family underwent the sort of suffering nobody should in today's world, and the bureaucracy and cost Julie was put to before they could reach safety in Canada was amazing. You can read their tale at her blog here.

Posted by Chris Partridge at 12:14 No comments: 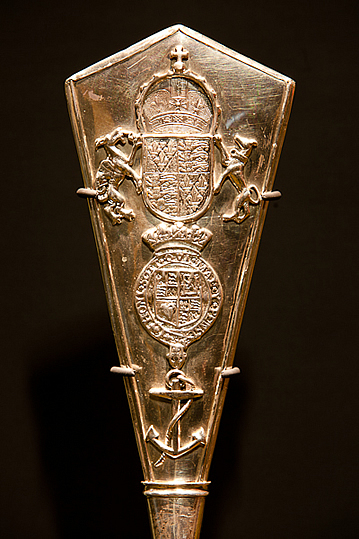 Watched a fascinating programme on pirates last night. Dr Sam Willis, an excellent historian but a not-so-good folk singer, gave a potted history of the sea wolves with lots of gory detail especially concerning their execution. 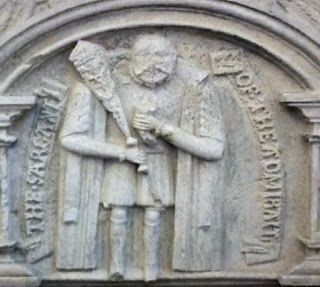 Pirates would be tried by the Court of Admiralty, set up by Edward III with jurisdiction over ships, the sea and rivers below the bridges. The court's symbol of authority was a mace in the form of an oar carried by a marshal, as depicted in this tomb of a Tudor Judge of Admiralty.
The execution of pirates was a great display. They would be paraded from prison to Execution Dock, led by the marshal bearing the silver oar.
The oar has been much repaired over the centuries but substantial parts of the Admiralty Court's oar may go right back to Edward III's time.
In the late 17th century, the classic age of the pirates, all had to be sent to London for trial, Captain Kidd for example. This was clearly inefficient and soon subsidiary courts were established in the American colonies, and several of them still have their silver oars. Eventually, Admiralty Courts were established round the empire, each with an oar. And soon the councils of ports such as Southampton and Harwich equipped their mayors with maces in the form of oars.
There is a history of this interesting oddity here.