Snarleyow back on the water 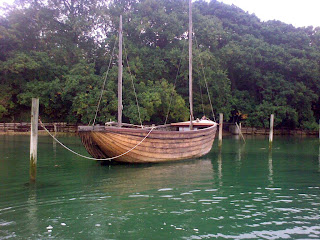 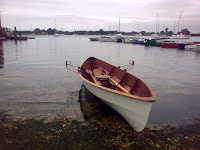 This time of year, you have to grab rowing opportunities when they occur. Over the weekend it rained continually and the tides were at dawn and dusk, so I didn't get out at all. Today, the tide was up, there was no wind and rain was predicted for the afternoon. God was clearly telling me to get out there. 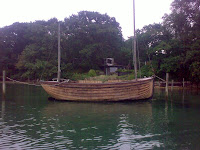 So as not to take too much time out of my punishing work diary (ha!) I put in at nearby Dell Quay and rowed briskly as far as I could without losing sight of the pub, which is a surprisingly long way.
On the way I spotted this nice Sussex beach punt, about which you can learn on intheboatshed.net.
I actually remembered to record my track on Sport Tracker. Speed was nearly six mph on the way out and rather less on the way back, when the tide had turned.
KIT REPORT 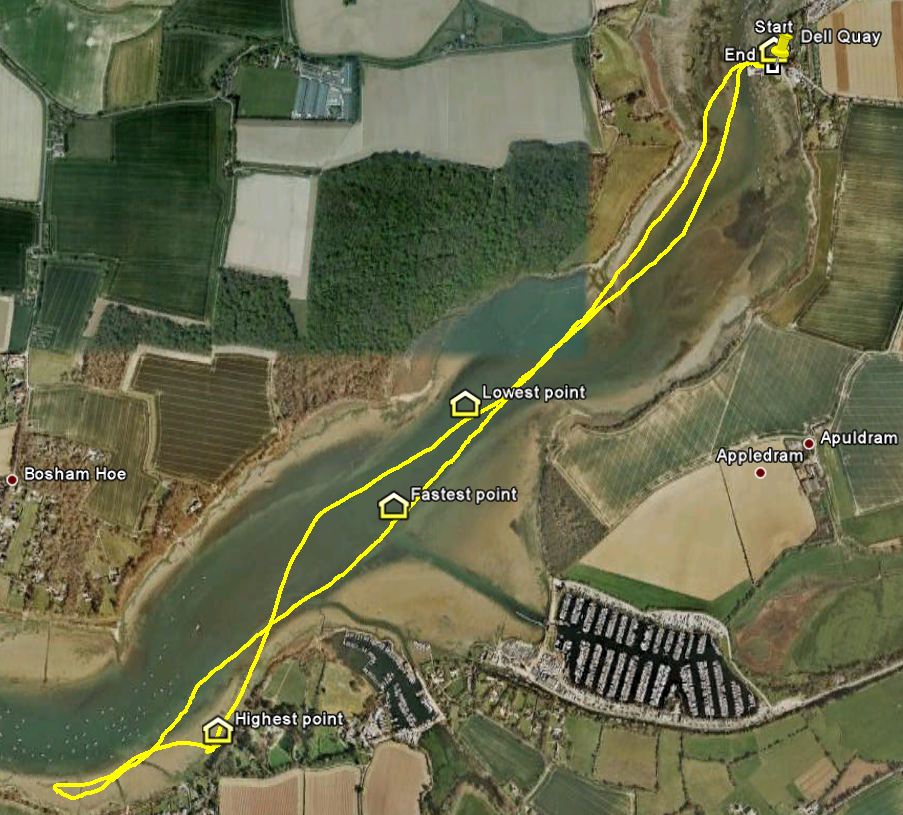 About half way out, some alarming clicking noises began to come from the newly repaired stretcher. A small bit of wood acting as a spacer had broken in half and fallen out, causing the footrest to wobble a bit. Must get that redone.
My new spandex trews have zipped gussets along the thighs, which you can open up to cool you down. I thought I would never need them, but today I was a bit overdressed and began to build up a bit of a sweat. Rather than take my sweater off, I unzipped my gussets and they worked a treat, to my surprise. Nice'n'cool for the rest of the row, with the sweater keeping the cold air off my arms.
Posted by Chris Partridge at 12:31