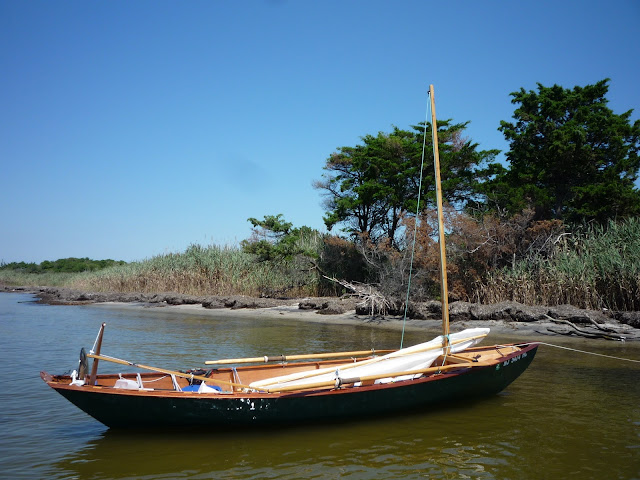 Neil Calore, a captain in the Philadelphia Fire Department, is planning an epic row up the east coast of the US to raise awareness for children and families affected by Autism Spectrum Disorders. He will be starting in April in Washington DC and rowing 425 miles to New York, stopping at fire boat stations along the way.


Chris,
One in every 110 American children (one in 70 boys) is diagnosed with autism, making it more common than childhood cancer, juvenile diabetes and pediatric AIDS combined. Yet, for the vast majority of cases of autism, the cause is unknown. Autism Speaks, the nation's largest autism science and advocacy organization, provides more information about this devastating disease. My goal is to raise $25,000 through my donations site.
My boat "SPRAY" is a 17’ Chesapeake Light Craft "Northeaster Dory" built from kit, with a balance lugsail rig.
I will be launching from Washington, D.C.’s Fire Boat Station and rowing down the Potomac to Chesapeake Bay, up to Baltimore, along the canal to Delaware Bay and Philadelphia and up to Trenton NJ where I will have to pull out and trailer the boat to six miles to the Delaware and Raritan Canal.
I will pass five decommissioned locks (now basically dams) - I have plenty of support to help me portage the boat around the "locks". Then I row from Raritan Bay to Newark Bay and up the Hudson to the New York City Fire Boat Station in Manhattan. 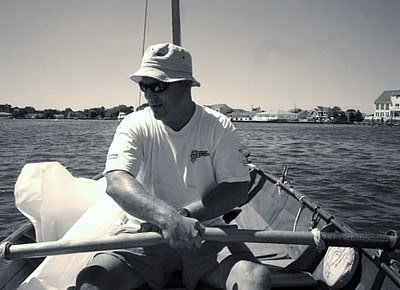 I'll be beach camping, sleeping on the boat and taking advantage of offers from Yacht Clubs between Fire Boat Stations. As every good boater knows, Mother Nature will ultimately dictate my progress!
The Philadelphia Fire Department's Fire Prevention Division is currently developing a City wide campaign targeting families affected by ASD's, which should be ready for release in conjunction with the trip. I am still finalizing the details with the other Fire Departments, but expect full cooperation and hopefully a coordinated Fire Prevention campaign.
A SPOT Satellite Tracker will interface with Google Maps to report my position, with Facebook, Twitter, and the News Media also following my progress. With John & Gina Monaghan of Wayne, PA as my rowing/fitness coaches, I just might make it! They've graciously donated their time, expertise and Concept 2 Rower to help me prepare for the long haul. Many thanks to Tom Murphy of the Barnegat Bay Rowing Club for taking on the mantle of Jersey Shore Fund Raising Captain. My biggest inspiration comes from the heartbreaking challenges that these families endure and those who selflessly help where they can - specifically Jim & Gerry Bonner of Philadelphia; Brie Van Reed of Bridge Valley Elementary School, Furlong, PA and Michelle Stecchini, Special Ed. Coordinator, Avon Elementary School, Avon, NJ. Their patience is certainly a virtue