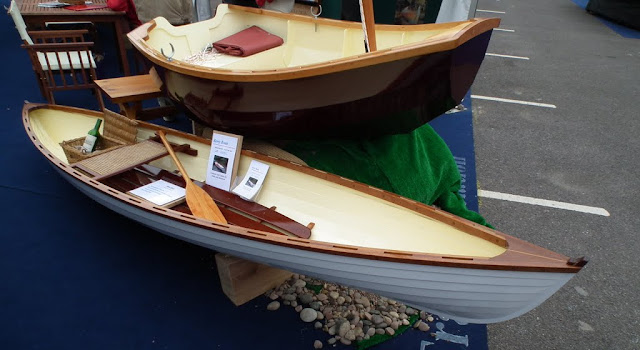 These two boats were the high points of the Southampton Boat Show, demonstrating that there is still some craftsmanship around. Berry Boats of Barnstaple produce lovely clinker ply boats such as the canoe above, and skiff builder William Howard of Cholsey restored the antique canoe below - it was on the Hempel stand as they supplied the varnish. 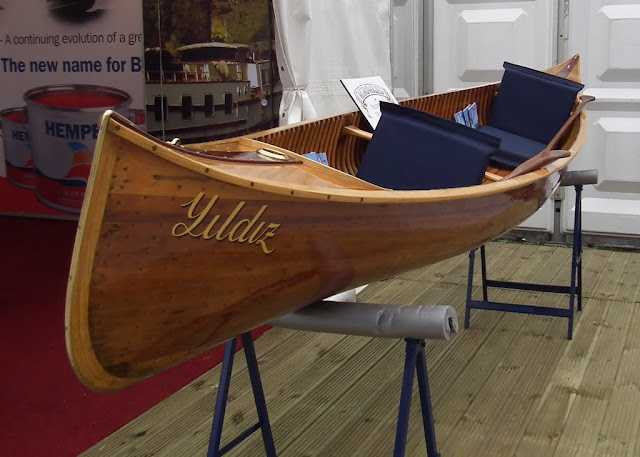 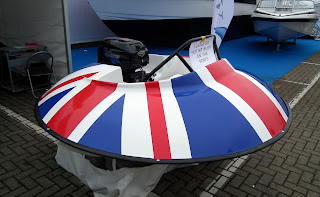 But this little jellymould boat made me smile. Called the Circraft, it has just one control - a throttle - and you steer by moving your body from side to side. The outboard is 8hp so it should be a lot safer than a jetski, as well as lacking the aggression that makes jetski owners cordially hated round the world.
Posted by Chris Partridge at 15:20