William Riley in the GRR 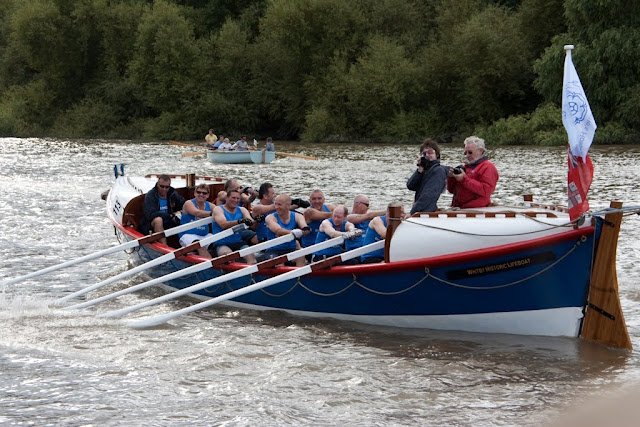 There were many boats that I wouldn't have fancied rowing up the Thames against a headwind on a brisk autumn day, on the face of it, and the William Riley was one of them. All that freeboard must have slowed them up considerable, even with ten oars.
But what a boat! She was the lifeboat that in 1914 was famously hauled six miles along the cliffs near Whitby and lowered down a 200ft cliff into the sea to assist the hospital ship Rohilla, which had run aground and was breaking up.
The William Riley was recently found on an eBay auction, brought back to Whitby and restored. She looks brilliant, and her new crew took her over course in 3hr 25min. A labour of love, for sure, and one suspects a lot of fun too.
(Picture by Steve Sagrott)
Posted by Chris Partridge at 00:12