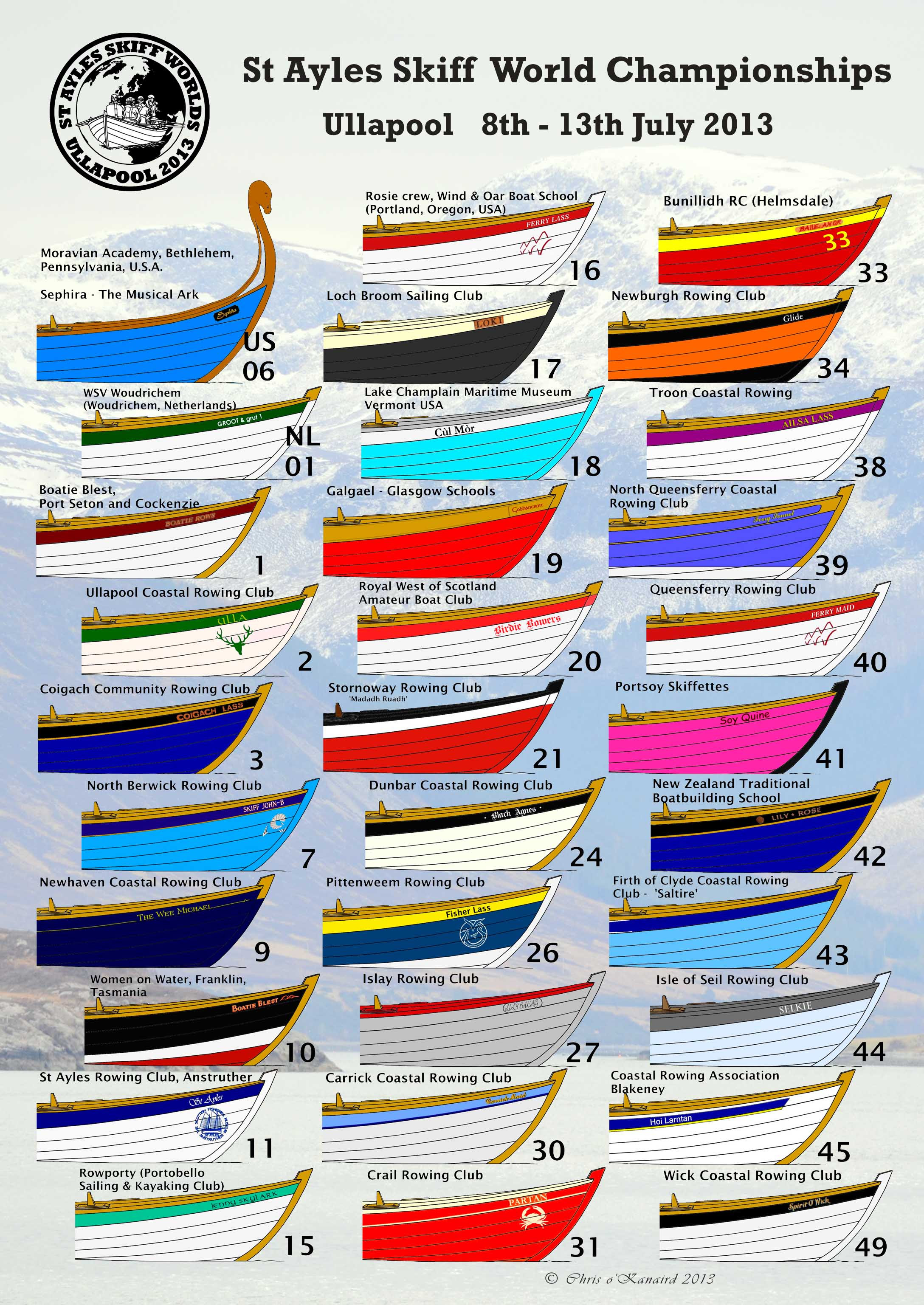 As the Henley Royal Regatta draws to a close the first St Ayles Skiff World Championships begin. Oddly, it is the Skiffie Worlds rather than the Royal Regatta that gets the top Royal this year - the event will be opened by the Princess Royal no less.
I find it truly amazing that the word 'International' is fully justified at the very first Championships, with crews coming from the Netherlands (there is an international treaty obligation that mandates Dutch participation in all rowing events anywhere in the world), the US, New Zealand and even Tasmania.
That is just four years since the first prototype was launched.
Another difference from Henley is that all the boats were built by the crews and their communities. If the sliding seat rowers had to do that the world would be a better place.
Posted by Chris Partridge at 09:10