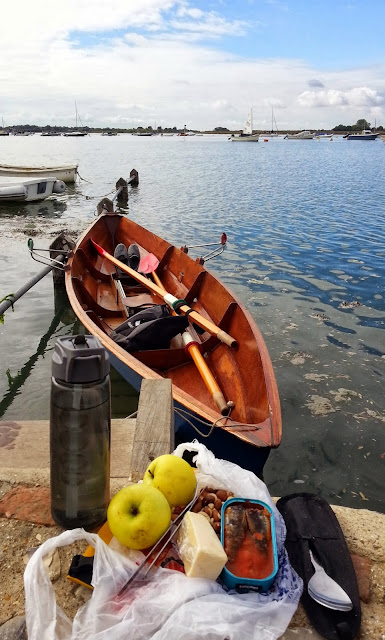 Everyone was saying they are getting out a lot lately because you never know if it might not be the last opportunity until next spring. 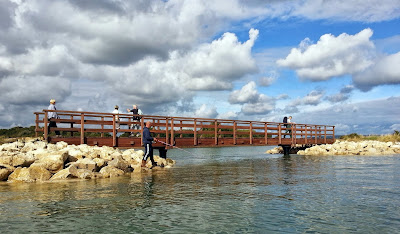 I put in at Dell Quay and rowed round to Bosham where I had a simple but nutritious luncheon of sardines mashed with a fork in the tin, a hunk of cheese with two home-grown apples and a handful of assorted nuts. I would like to claim that this was a scientifically designed balanced meal but actually I was running late and just grabbed stuff at random on the way to the door.
On the way back I noticed that water has been allowed in to the new salt marsh at Cobnor, intended to create an inter-tidal habitat that will go a small way to reversing the losses of recent years. The heavily-used footpath now passes over two new bridges. It all looks very impressive.

Sounds like a perfect way to spend a Saturday. It was a day not to miss, no wind warm enough but not too hot, we went up to the Horse & Jockey the water in the upper reaches was like glass we had the place completely to ourselves

There's a funny thing....I'm going to th H&J myself today with the Hamble River Rowers. Fancy going two days in a row?