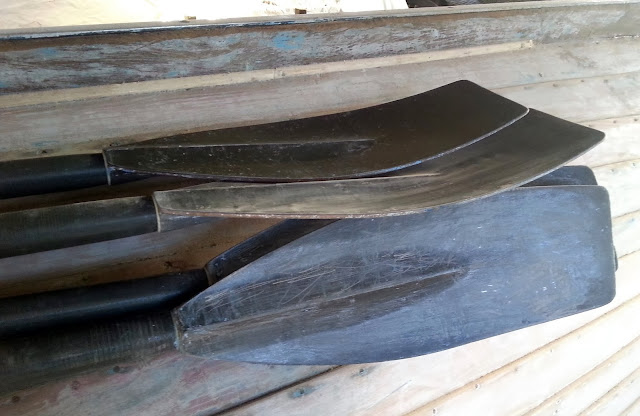 Hi Chris,
Last year I re-painted the oars for "Molly" (all 10 of them) for use in the Queen's Diamond Jubilee Pageant. I used two coats of epoxy primer and then managed to get three coats of two-pack on top (blades and looms).

Our oars get quite a battering all through the year and the paint is till looking great. Buying the paint at the Boat Show helps as suppliers often give a Show discount (or at least they do if asked !).
Cheers
Geoff

Thanks for the comments, chaps, but I suddenly realised that fibreglass is one of the substances that car paints have to deal with. Nigel Armstrong at the Cutters, who spent his career in the paint industry, said they would work so I went to Halfords and got some spray cans. It should, I hope, be better than home enamel but cheaper and more retouchable than two-pack.