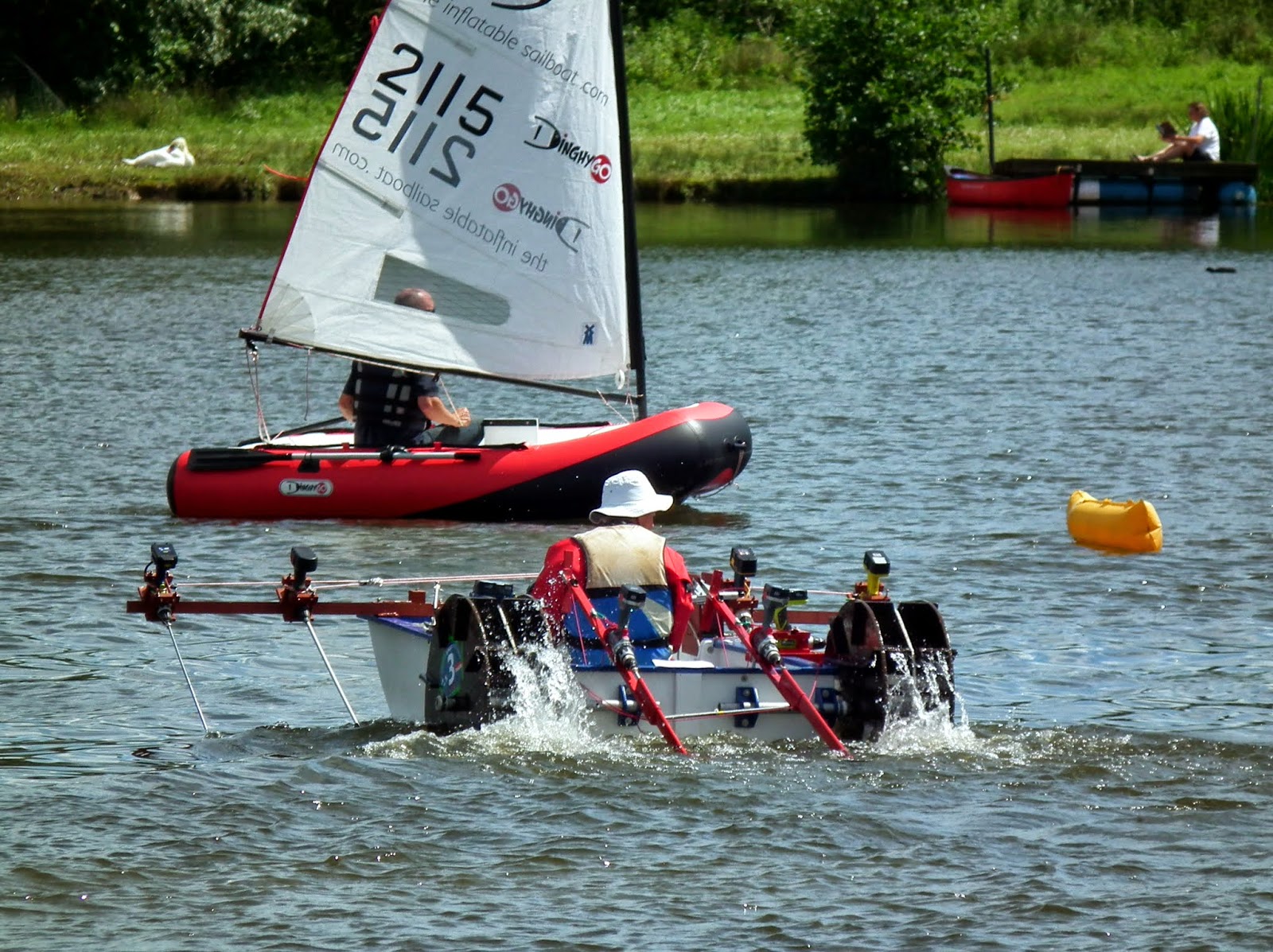 More eccentric engineering from Beale Park. The Cordless Canoe Challenge run by Water Craft magazine has one basic rule: all the power must come from battery-powered tools. As last year, the solutions are many and varied, ranging from the brutally practical, through elegantly stylish right the way to the frankly attention-seeking.

Slade Penoyre brought Ayrspeed again (above), with the added feature of a wing with four cordless drills powering model aircraft propellers. He calls it the 'Lancaster configuration'. Once again, Ayrspeed failed to live up to its hugely impressive and innovative power train but effortlessly stole the show. 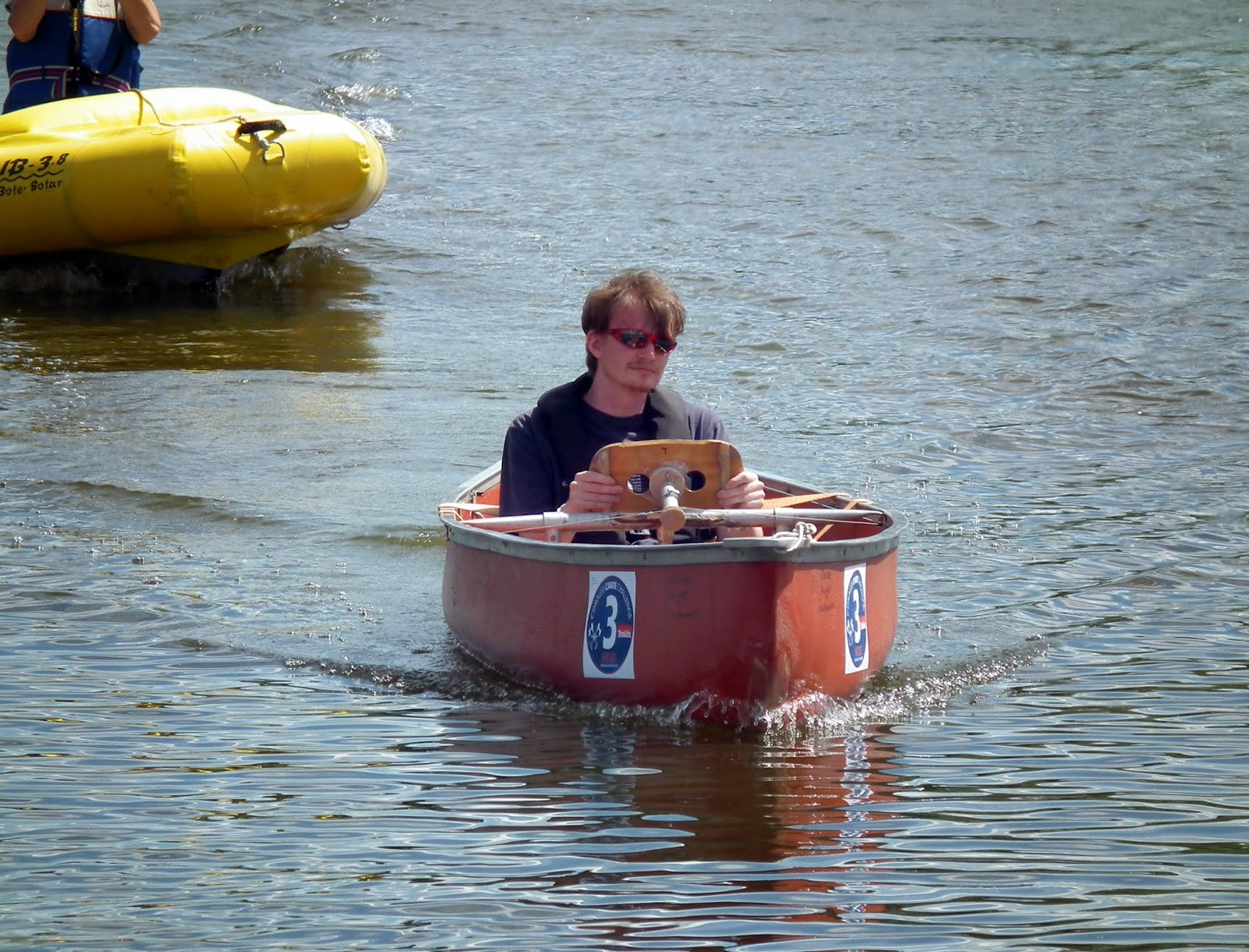 By the way, the inflatable sailing dinghy behind Ayrspeed was exhibited by Ian Thompson of Nestaway Boats. It is a Dutch design and Ian says it sails much better than it ought to.

Umpire and MC Moray MacPhail rashly opined that a boat with a gearbox would never win this event, but was proved wrong by a group of students from Southampton University and a boat called Chicken Nugget for some reason. It has a lot of gears but obviously the ability to gang several drills and bring the speed down to a rate more appropriate for a screw propeller paid off.
And for lunch...

Posted by Chris Partridge at 21:11