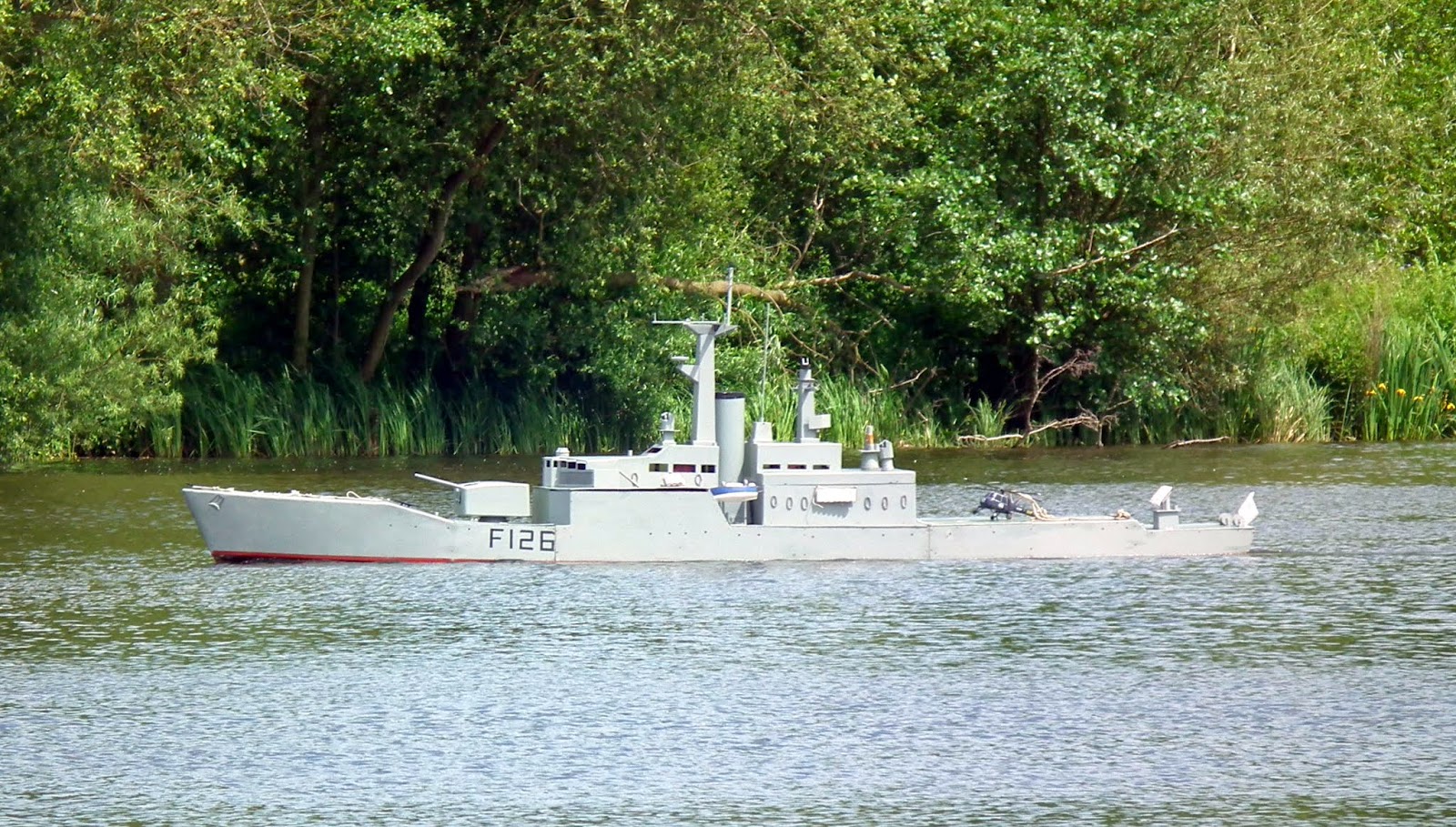 Model warships from Victorian battleships to nuclear subs have featured in previous Beale Boat Shows, and this year it was the turn of HMS Plymouth, the ship on which the Argentinian forces in the Falklands surrendered back in 1982.
As I took this picture, there was an animated discussion between the blokes next to me as to whether it had a man in there or not. They concluded it was impossible. Ten minutes later, the 'skipper' was climbing out onto the bank for his lunch.
Posted by Chris Partridge at 15:58