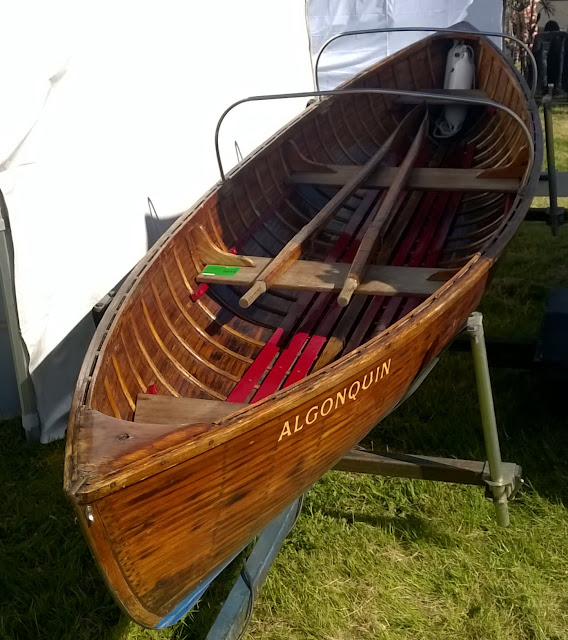 Peeping out from between a couple of tents in the upper reaches of the show was Algonquin, built in larch on oak in Canada in about 1925 as a tender to a coastguard boat on the Great Lakes. At that time she must have seen action against the rum runners smuggling booze to the US. She looks fairly slippy with her double-ended hull and narrow beam. The original oars with the pinned rowlocks are still with her.
The boat was bought by an English academic working in Canada during the War and brought over to the Thames. She was restored by Henwood and Dean in 2007 and worked on by Stanley and Thomas in 2012.
She is now for sale at £4,950 including the trailer and if I had five grand lying about doing nothing I would buy her. Details and more pix here.

Posted by Chris Partridge at 20:19

Goodness she is pretty. A proper Canadian Lady.