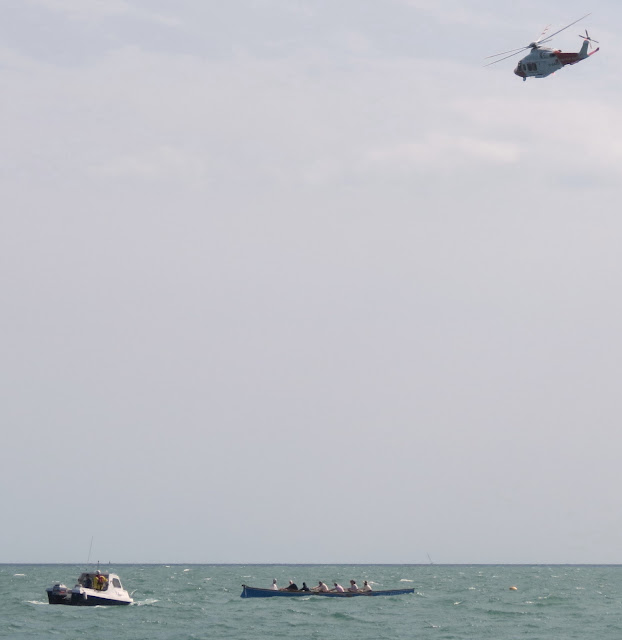 I had a lot of fun yesterday at the Hayling Island 999 Day, an event to show the emergency services off to the public. Langstone Cutters helped re-enact the rescue in 1865 of three of the crew of the schooner Ocean, which had run aground off Hayling beach. Colonel Francis Festing of the Royal Marine Artillery commandeered a 10-oared cutter used to tow targets for the guns of Fort Cumberland, and got together a crew of fishermen to row it out to the stricken ship.
The incident gained national publicity and led to the foundation of the Hayling Island lifeboat station.
We rowed out in bouncy conditions to the plastic fishing boat that was standing in for the schooner, whereupon the real lifeboats (inshore and offshore) roared up and the helicopter arrived. Cannons were fired and flares ignited. Maroons were sent up. Everyone had a jolly ripping time.
In view of the sea state we used a Cornish pilot gig rather than the more delicate Solent galleys. We were asked to dress up in 19th century gear which was a bit of a challenge for me as I don't have any. But then I had an inspiration - my genuine fisherman's jersey, an item that has remained unchanged from the dawn of knitting and fitted the bill perfectly. 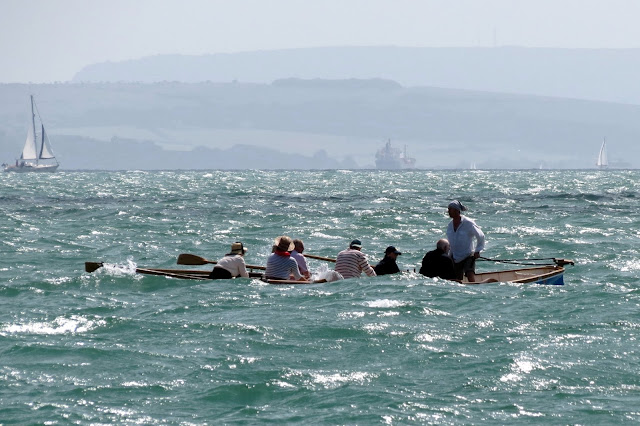