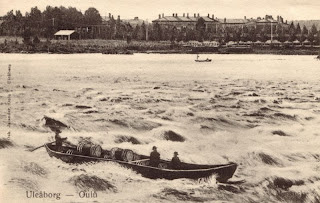 Recently I visited Oulu in the Gulf of Bothnia, right at the top end of the Baltic, and we were given dinner in a log cabin in the woods containing an exhibition of the tar industry that flourished there in the 18th and 19th centuries.
The tar was made by burning pine logs in enormous fires, with the air choked off by covering it with turf, like charcoal burning. The tar collected at the bottom and flowed into barrels.
The full barrels were loaded onto shallow draft rowing boats that were drifted and rowed down the River Oulu to the port, where the women loaded them onto ships bound mainly for Britain – the main customer was the Royal Navy.
The river has several rapids that had to be shot, and coming back must have been brutally hard work even with empty barrels. Eventually the rapids were bypassed with canals, but the trade was already in decline with the arrival of iron warships that didn’t need tar. 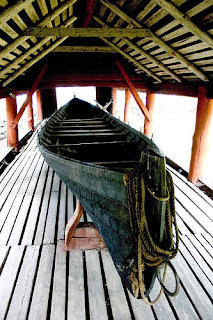 Today, the Finns race tarboats and so-called church boats, built, I think, to bring the gospel to the back woods. The women, stuck in Oulu loading barrels, believed that the men got up to all kinds of drunkenness and depravity when they were out in the woods boiling tar all summer. Mika Hiironniemi took this smashing photo of a preserved church boat (it's on his Flickr site here). 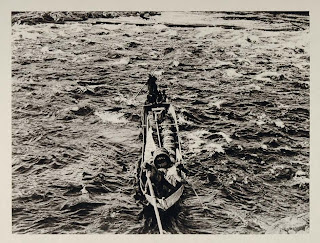 There is a lovely print showing a tar boat shooting the rapids in about 1930, on eBay here. 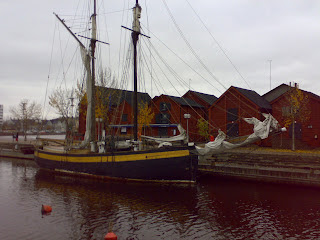 The old huts used by the tar exporters and the fishermen have been beautifully restored but are used either as offices or bars. A reproduction (?) Baltic schooner Mystic Wind is tied up at the wharf, with a rather attractive tarred dinghy hanging from davits at the stern. 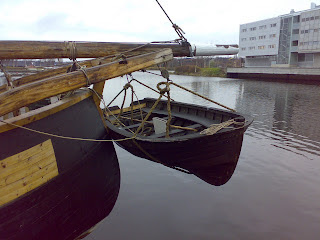 I took these pictures with my Nokia N73 camera phone, whi 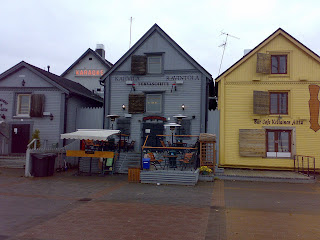