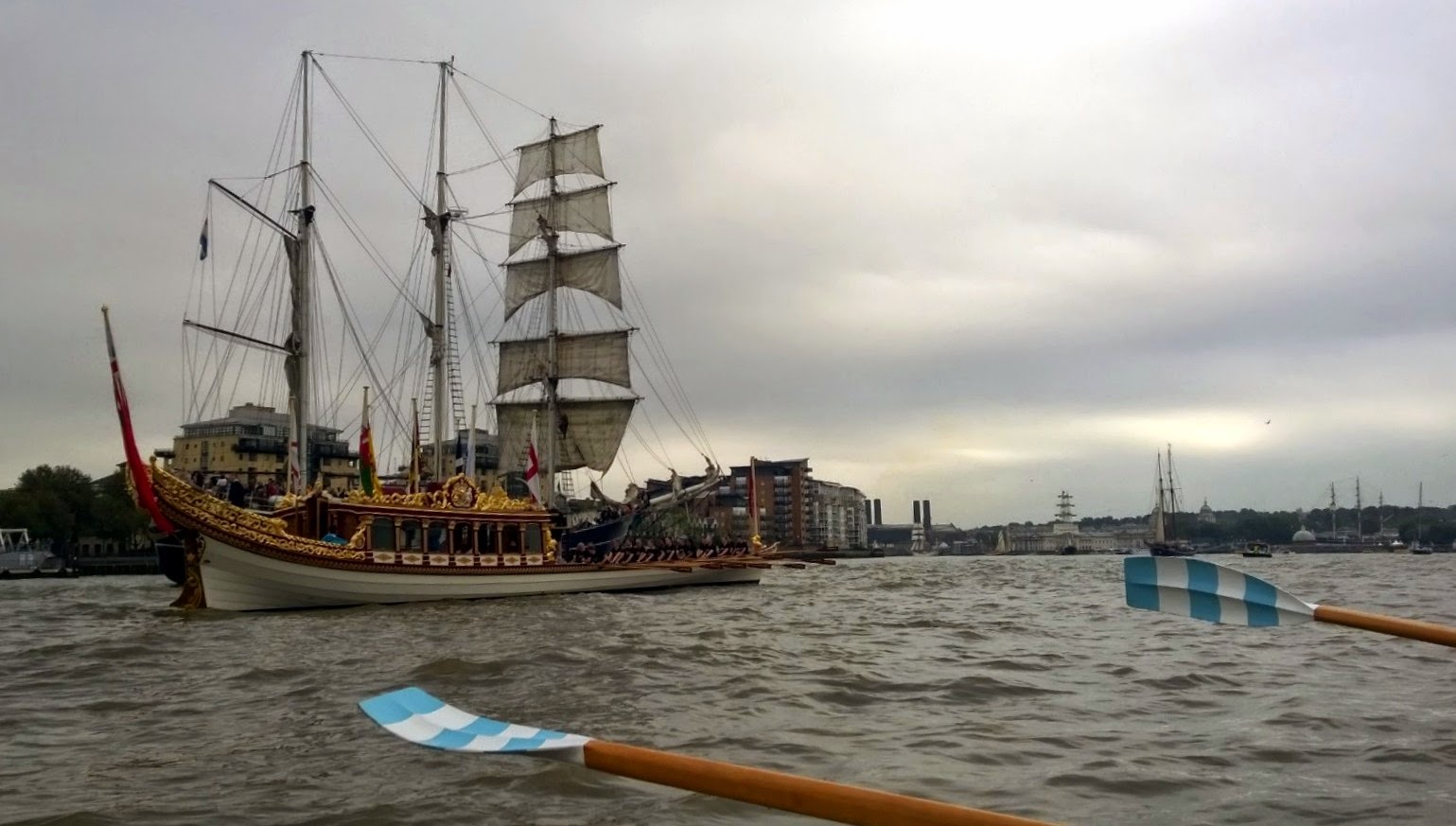 To Greenwich with Langstone Cutters to join the Queen's Row Barge Gloriana in a processional down the tall ships moored there at the end of their race from Falmouth. 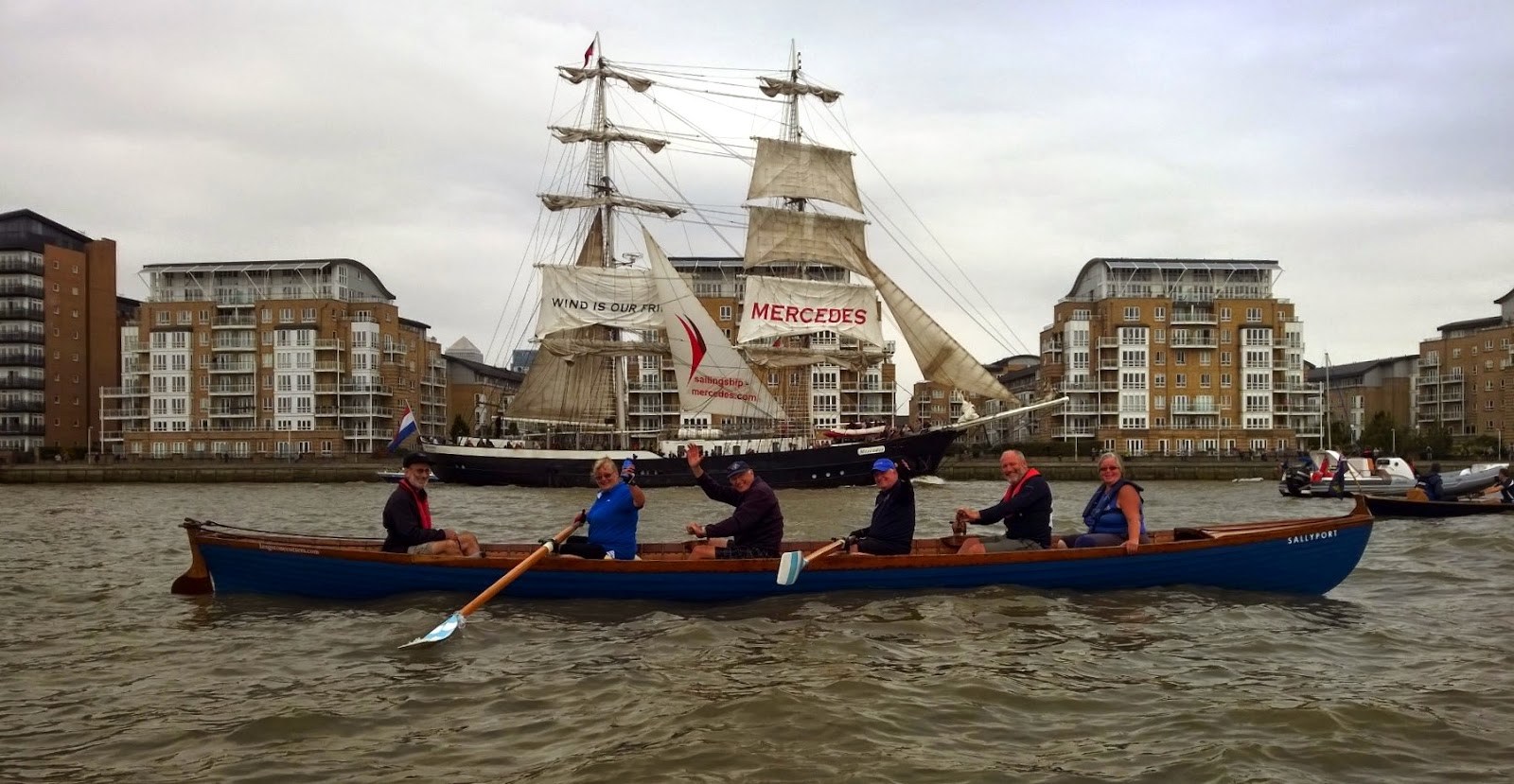 It was a great day for a row, if a bit bouncy on the tideway for such light and low racing machines as the Solent galleys, but it was a bit disappointing not to see the tall ships together in what might have been a magnificent forest of masts. Instead, they were spread out along the shoreline from Deptford nearly to Charlton, presumably so they could use the deep water moorings and eliminate the need for ferry services.
The unexpected problem was photography and the traditional telegraph-pole-through-the-back-of-the-head-shot (I expect the Germans have a word for it). Above, Gloriana looks as though she is about to set sail.
And here is the crew of Sallyport carrying a clipper on their heads.
After the row and the race that followed, the fleet headed back to Deptford for a rather stylish locally-brewed beer.

Posted by Chris Partridge at 10:17