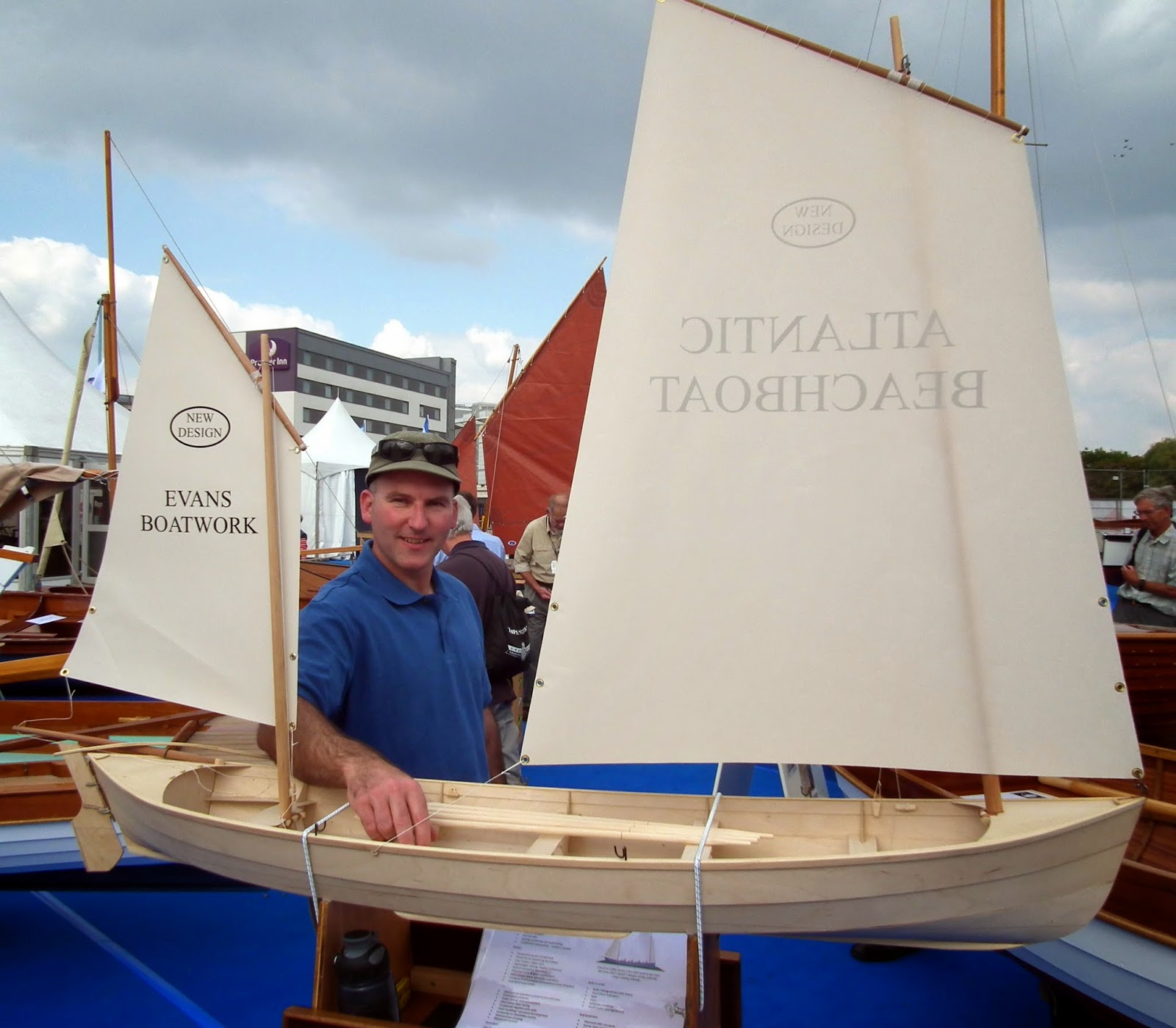 New to Soton was Colin Evans of Evans Boatwork in Pembrokeshire, with a model of the Atlantic Beachboat, a design that could, he believes, finally provide the ideal compromise between rowing and sailing.
The ketch rig is designed to take the sails out of the way of the four oarsman and, very ingeniously, the helmsman as well - note how the tiller can be swung without the need for huge loopy shapes or extensions to avoid the mizzenmast.
Colin has also given her a decent bit of beam so she should be reasonably well-behaved, unlike sailing pilot gigs which apparently go over at the drop of a hat. The loose-footed lugsails won't wreak havoc with oarsman's sculls while providing quite a lot of power.
The length, 28 ft, should give a reasonable turn of speed under oars despite the extra beam.
The hull is designed to be supplied as a kit for construction by teams of amateurs in the same way as the St Ayles skiff.
I would really like to see this boat in action - anyone up for building the prototype?

Posted by Chris Partridge at 18:47