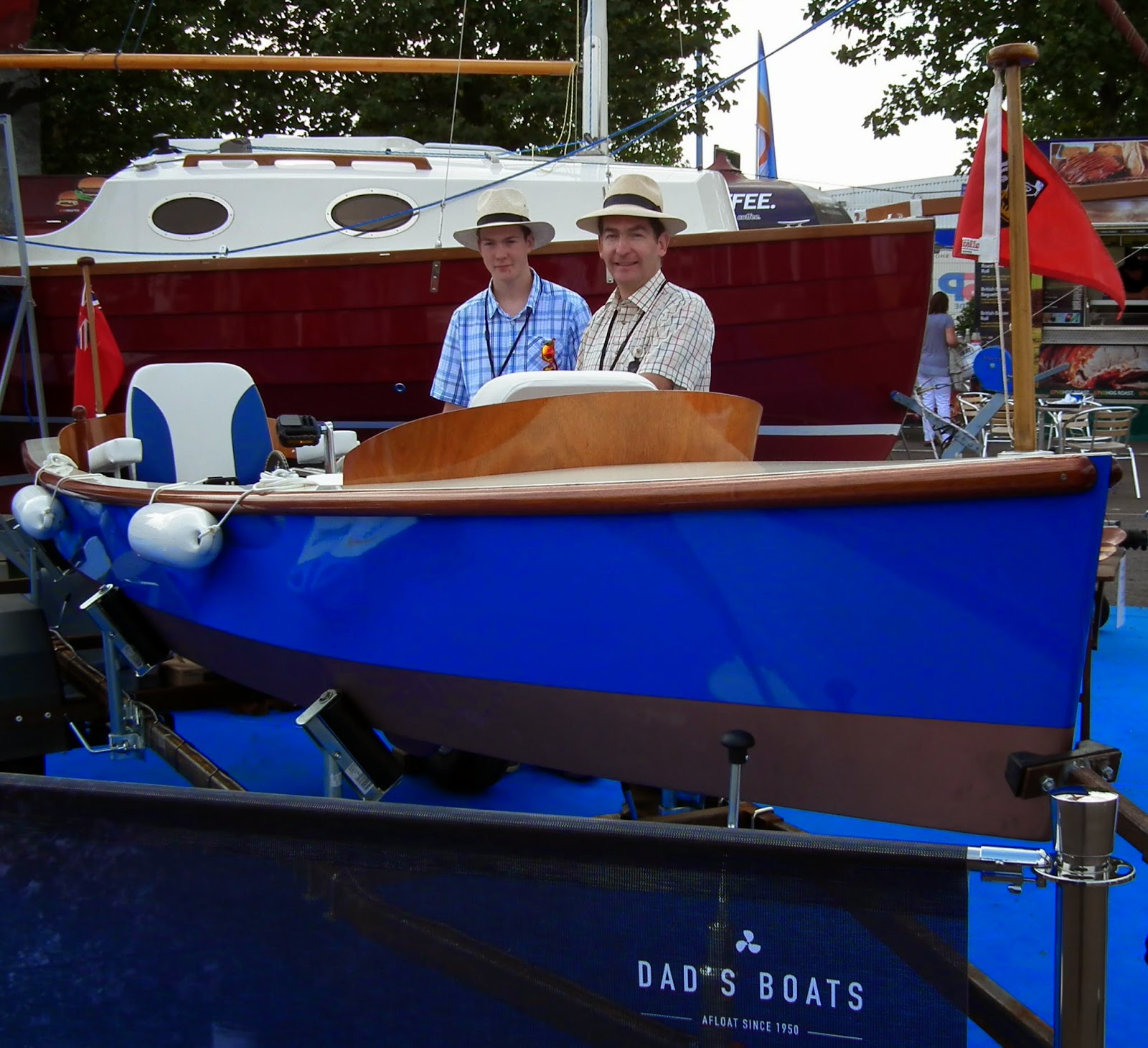 To the Southampton Boat Show where the atmosphere in the small boats ghetto was much chippier than in recent shows. The talk was all of increased orders and investment in new designs.
The new boy was Dad's Boats with a pedal-powered boat for inland waterways (well, mainly inland waterways - apparently an early version was pedalled round the Isle of Wight by its inventor and builder David Williams). 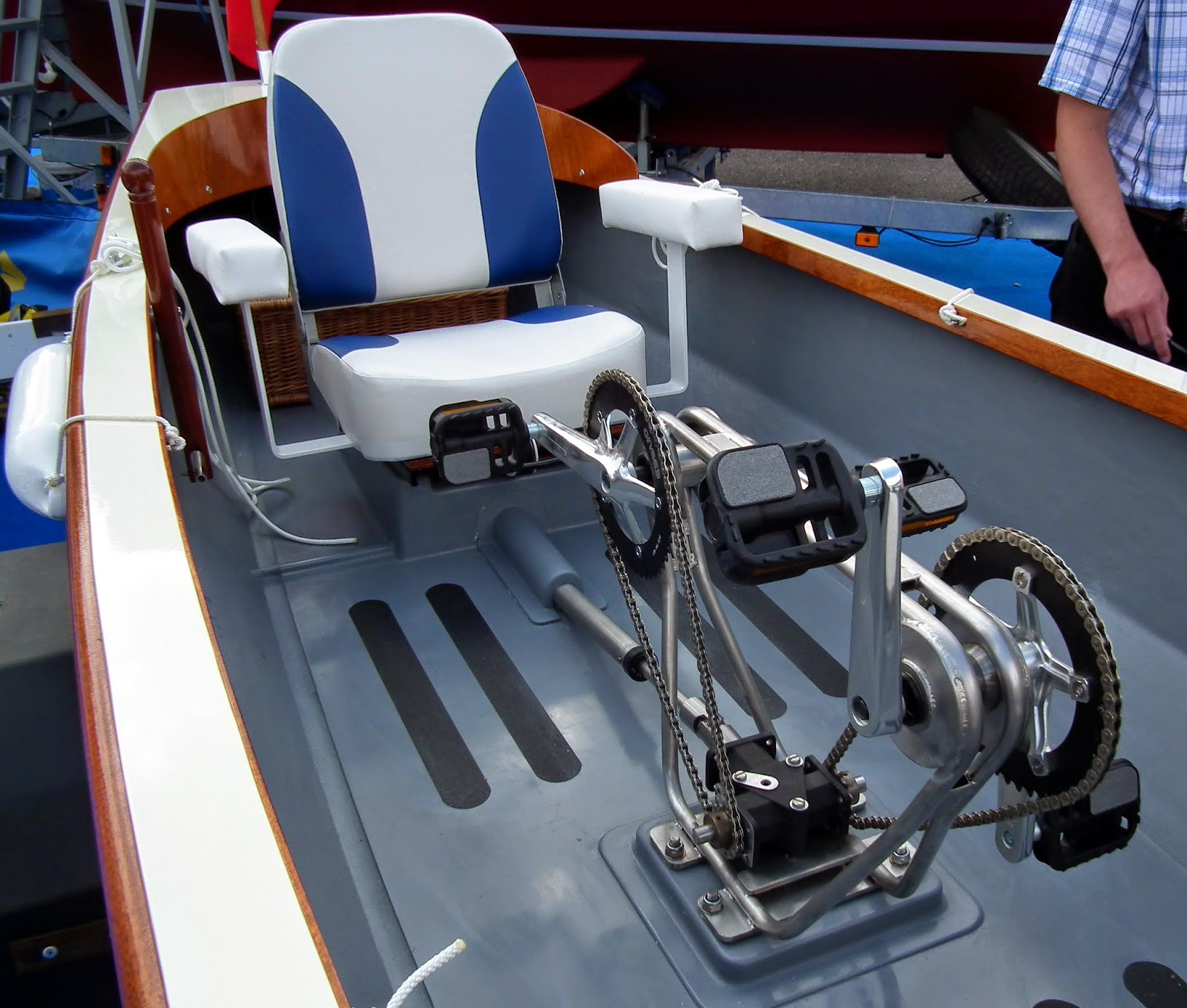 David, the Dad in the company name, started building pedal-powered boats in the 1950s so he could follow his remote control yacht while keeping his hands free for the controls. One of his designs was taken up by Swallow Boats as the 'Winsome' but only a few were ever built.
Now Dad's Boats, based in Ludham on the Norfolk Broads, are trying again with a design more closely modelled on David's original.
She certainly looks comfortable, with yacht-style seats facing each other so the pedalers can chat as the world goes by.
The picture shows director Stephen Pitkethly and his son Joseph showing off the boat, which is available to order as production begins - see dadsboats.com for more.

Posted by Chris Partridge at 09:54

This cabin boat in the background is designed by my friend Stefan Ekner.

Are you sure about Nick Newland collaborating with David Williams on Winsome, Chris?

I'm not at all sure that Nick Newland had any other design input than his own when designing Winsome's hull. The first Winsome was a special commission, I believe, and although there may have been some influence from David Williams' one-off boat, I don't think they actually worked together.
I own a Winsome hull, and spent a long time chatting with Nick about the design, and other than having a similar seating and pedal arrangement (that I know that Nick spent a long time prototyping and getting to work well) I'm not all sure there's anything else common to the two boats, is there? I wasn't aware of any collaboration between Swallow Boats and anyone else with Winsome (other than the propeller designer and the special drive gear manufacturer in the Netherlands).

Hi Rob,
It is a very attractive boat. What is it called? I can't find it on Stefan's website but my Polish is a bit rusty (!) so I may have just missed it.

Hi Chris - are you visiting the Southampton show this weekend (20/21st) at all? We will have on display a new sliding seat rowing set up on the Nautiraid Grand Narak two-person canoe. Also a possibility of trying it out on Monday before it goes back to France on Tuesday, if that suits you. Ian, Nestaway Boats Ltd.

A pity to miss you Ian. I will drop you an email about Monday.