Flags at the Great River Race

The requirement for every boat to fly a flag adds a great deal of colour to the Great River Race. We flew the Red Duster, naturally, but the Jolly Roger was common (rather predictably), many boats flew club flags and there were a few flapping things that looked suspiciously like cut-up sheets or tea towels. 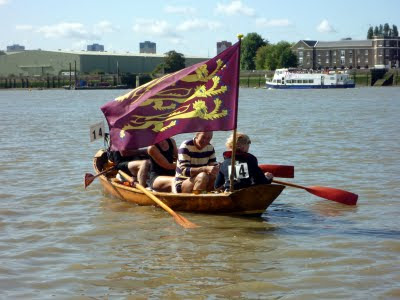 The Most Regal flag was flown by Maggie, a skiff from Weybridge Sailing Club. Shouldn't they have had the Black Prince or someone aboard? Maggie started at number 14 right at the front of the slowcoach squadron, and ended in sixth place overall in a time of 3hr 10m, a really outstanding achievement especially as that great big flag must have dragged them back considerably in the stiff headwind. 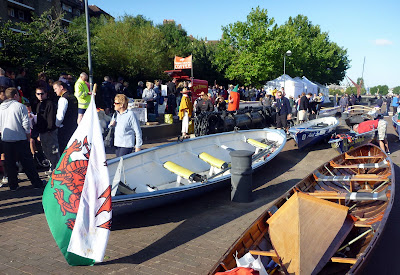 The Welsh dragon was everywhere, flown on the very fast Celtic Longboats, one of which, Afon Dyfi, came second overall in a stonking 2hr 22m. 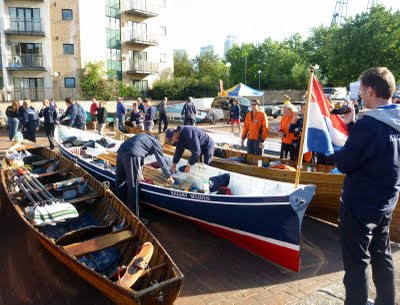 Many boats flew the Dutch flag, here flying from a pilot gig. 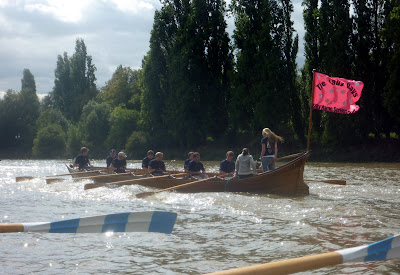 The flag of the Lady Boys reads 'Silly Name, Serious Goal", and they were indeed rowing for the Child Bereavement Charity. The boat is the wonderful Lady Mayoress shallop owned by the Watermen's Company. 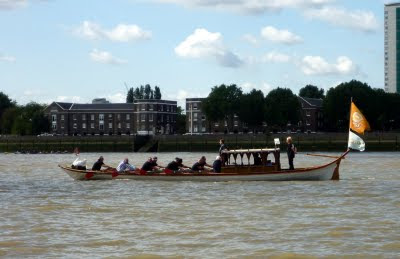 The shallop Jubilant was at the start line, flying a flag I would be happy to serve under - Young's Brewery.
Posted by Chris Partridge at 09:10