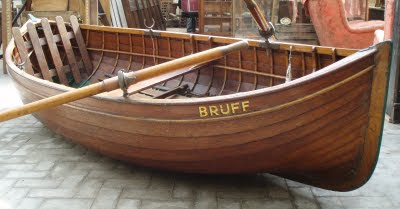 An absolutely lovely and very unusual Thames rowing boat has come up for auction on eBay.
Bruff was built in 1910 by A.E. Saunders of Streatley as a double-ender, something I have never seen on the Thames. 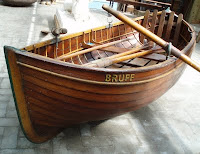 She looks a bit like an Adirondack guide boat, with the rower at one end and a passenger at the other, though in Edwardian Streatley the passenger would have been more likely to be a girl with a parasol rather than a 'sport' with rod and gun. At a mere 9ft long she is much shorter than the average guide boat, and with a beam of 3ft 8in a little tubbier too, but she should row easily and 'put the water back where she found it'.
According to the vendor Bruff is in remarkably unrestored condition, and comes with two sets of spoon oars, brass rowlocks and the original cover.

The A.E. Saunders yard was next to the Swan Hotel. The most famous member of the family firm was Sam Saunders who developed double-diagonal construction for fast steam boats, notably the boat race umpires boat Consuta. He outgrew the Streatley site, moving to Cowes in 1901 and founding the Saunders-Roe company that made everything from airborne lifeboats to hovercraft. 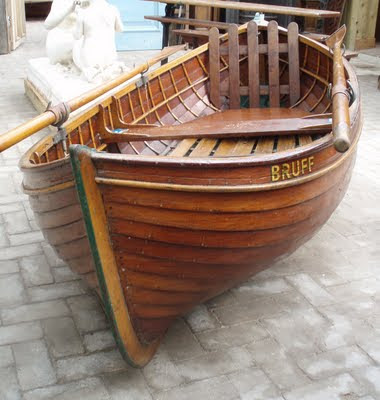 Posted by Chris Partridge at 17:38