More on the Shipyard School Raid 2009 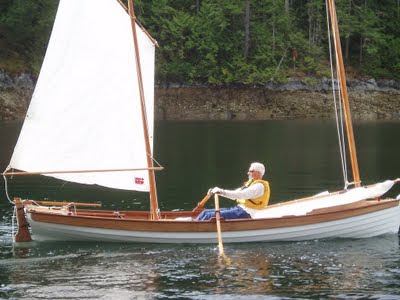 Andy Zimmerman has written a great account of his adventures in the Shipyard School Raid in British Columbia, which I posted about a little time ago. Andy entered in his lovely 18ft Whitehall Hornpipe, which he built himself to the Alaska design of Don Kurylko. 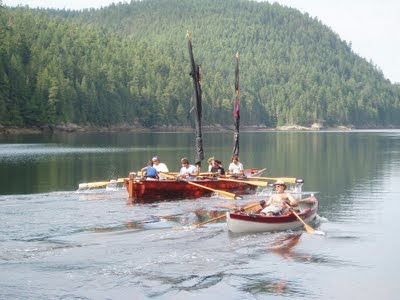 Andy tellingly describes the way everyone had to change from rowing to sailing and vice versa, depending on conditions.
Raiders have uploaded a bunch of pictures of the event to Flickr, including the one above showing Andy at the oars. Below is the skin-on-frame Tuvaak and Bus Bailey, a traditional handliner. Andy describes Bus Bailey's owner Colin Masson sailing and rowing downwind, by simply raising the sail, turning his back to it, and rowing. This is a technique I hope to try with my new boat. 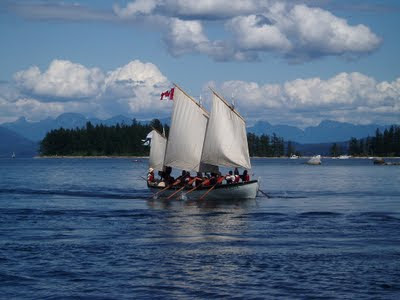 And finally, the longboat Bear seems to be making speed under sail but mainly under the oars of the Port Townsend Sea Scouts.
Posted by Chris Partridge at 20:31

I understand Bus Baily is a Handliner, very nice too. Plans are available for a modern S&G version