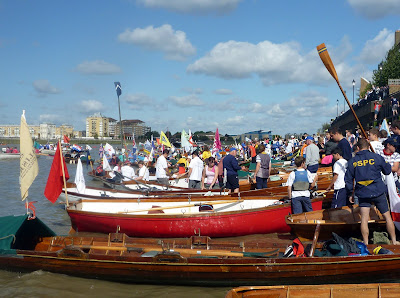 Bursledon Gigs made a big showing at the GRR, no fewer than five arriving at the Millwall start line. Hamble Sea Scouts came first, second and third in both the Sea Scout categories. The Under 16 crew of Sea Dart won the U16 trophy, and the Under 18 crew of Point Source came third in their class. Exocet came in 17th overall in a time of 2hr 56min, very closely followed by Schmidt who came in 24th just a couple of minutes later. A great set of results. 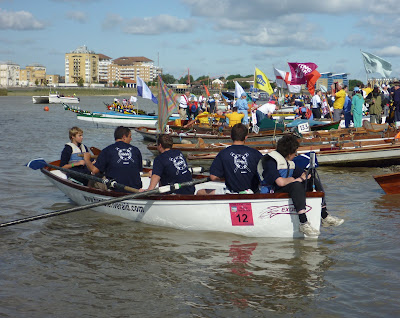 Posted by Chris Partridge at 08:33